Playtone partners Tom Hanks and Gary Goetzman have just made a multi-year exclusive deal with Apple TV+, which includes series, documentaries, and unscripted projects for the iPhone maker to develop, produce and, distribute globally (via Deadline). 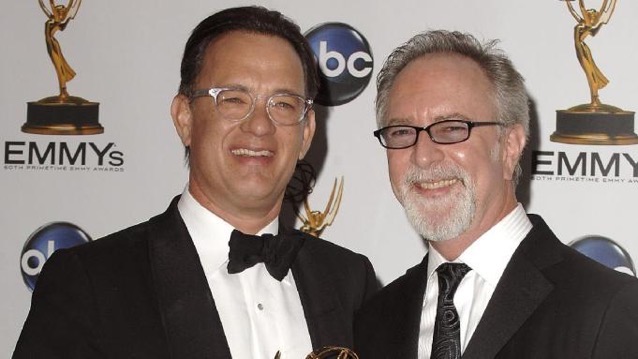 In the past, the duo collaborated with Apple on the 2020 original film Greyhound, a sequel to which is already in the works.

Greyhound takes place during World War II on a U.S. battleship code-named Greyhound in the chill of a North Atlantic winter. The pic follows Captain Ernest Krause (Tom Hanks), whose ship comes under attack by German U-boats as it makes its way through the black pit of the ocean not covered by anti-submarine aircraft.

Along with Apple Studios and Steven Spielberg’s Amblin Television, Playtone has developed Emmy-winning WWII series ‘Pacific’ and ‘Band of Brothers’ for HBO.

Their most recent WWII series ‘Masters of the Air,’ with an ensemble of young actors including Austin Butler, follows the deeply personal story of the American bomber boys in World War II who brought the war to Hitler’s doorstep.

Playtone is currently in production on ‘A Man Called Otto,’ with Hanks starring and Marc Forster directing, for Sony Pictures.

If you thought OpenAI's ChatGPT is impressive, wait till you see what Google has been working on — if the company lets you, that is. Among Google's many endeavours in artificial intelligence (AI) and machine learning is MusicLM, a model the company created to generate original music from rich text prompts (via TechCrunch). Google researchers...
Nehal Malik
9 mins ago