TomTom has today announced the launch of their brand new iOS app called TomTom GO Navigation, that boasts the company’s latest innovations complete with Apple CarPlay compatibility. The new TomTom iOS app not only lets drivers use it on an in-dash screen but also lets them experience real-time online navigation without using their data. 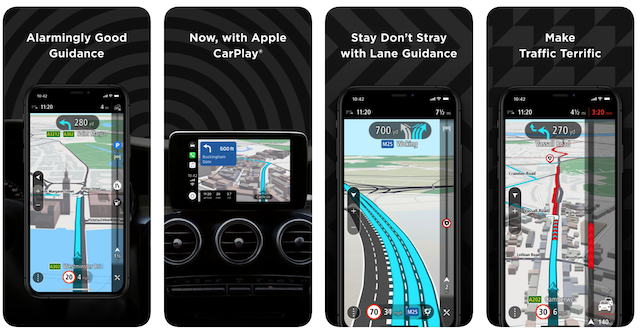 Based on award-winning TomTom GO Mobile, the TomTom GO Navigation app offers improved safety features for drivers, such as helping them take the correct exit on a highway or navigating a junction with moving lane guidance which dynamically guides the driver. Since the app is powered by the company’s freshest maps, drivers can steer clear of blocked roads as well.

Additionally, TomTom’s Maps à la carte allows users to add and delete map regions based on their personal driving needs. Maps can be downloaded on a country or regional level based on individual needs.

“TomTom’s focus has always been to get drivers to their destination as efficiently and safely as possible, helping to reduce congestion and emissions in the process,” commented Mike Schoofs, Managing Director, TomTom Consumer. “With the launch of this premium app, we demonstrate our ability to innovate and bring expert road guidance, including TomTom Traffic and Speed Cameras powered by millions of drivers, to our community.”