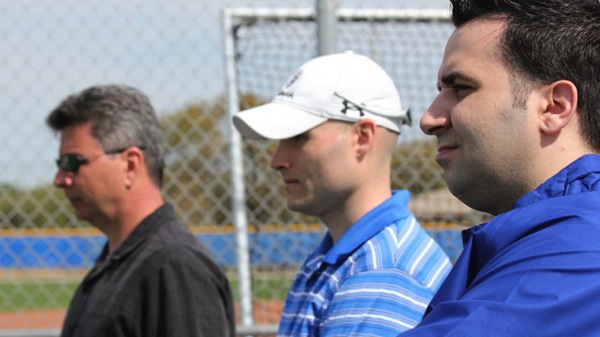 Image via the Canadian Press

Apple has hired away the assistant general manager of the Toronto Blue Jays. According to SportsNet, Jay Sartori is leaving the ball club to work for Apple, where he will be manager of the App Store’s sports and entertainment category (via MG Siegler):

The Toronto Blue Jays are on the lookout for a new assistant general manager with Jay Sartori set to leave his job next month after accepting an executive position with Apple Inc.

Sartori is taking over as the tech titan’s manager of the App Store’s sports and entertainment category, a departure from the arbitration, contract and collective bargaining agreement interpretation work he handled for the Blue Jays.

Sartori has been in the assistant GM position since September 2010, when he was hired away from the director of baseball operations position at the Washington Nationals. He grew up in Lynnfield, Mass. and has a degree from Boston College in finance and management information systems. His analytical skills will most likely help his new position at Apple curating great sports and entertainment apps for the App Store.

The Toronto Blue Jays are currently fifth in the American League Eastern Division with a 74-88 record.