Even the Toronto Blue Jays Got the iPhone 6s Today [PICS]

iPhone 6s launch day means errrbody gets iPhones, unless your pre-order was unfortunately delayed to Monday due to UPS, like some customers in Montreal and beyond (ours just arrived ten minutes ago).

Today it appears the Toronto Blue Jays also jumped onto the iPhone 6s train, as members of the team have been sharing their new phones on social media. It looks like the entire roster was gifted phones from Apple, or members of the team are hardcore iPhone fans.

David Price tweeted out his new iPhone 6s, while Jose Bautista shared on Instagram how “new phones for the boyz will come in handy for the playoff push!”: 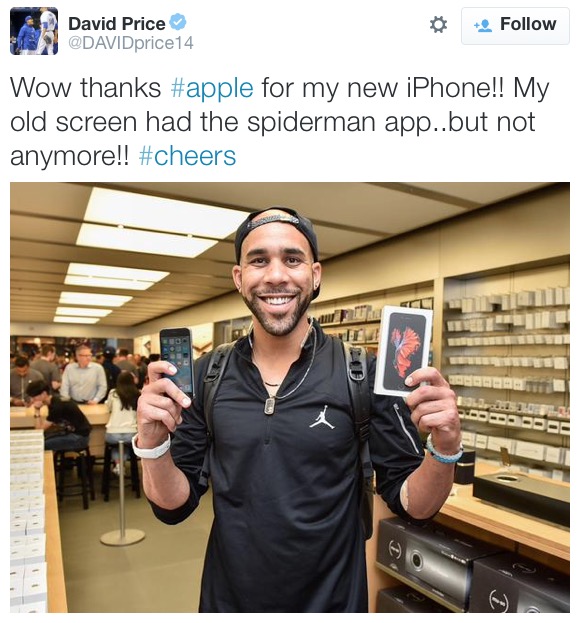 Here’s Bautista, along with teammates Edwin Encarnación and Aaron Sanchez, pictured inside the Eaton Centre Apple Store in downtown Toronto: 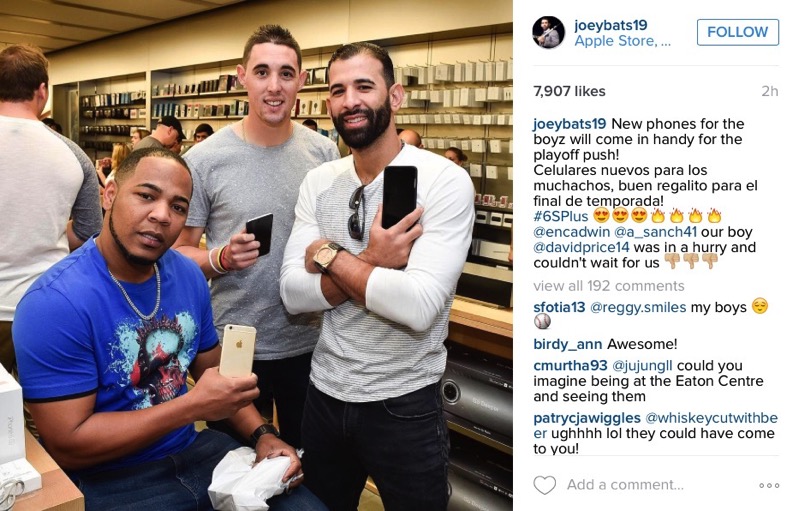 With the Jays in the playoffs, it’s time to use the iPhone 6s and 3D Touch to peek and pop their way to another World Series title, am I right?