In celebration of the official launch of PlayStation 5 in Canada, the Princes’ Gate in Toronto was lit up in PlayStation colours and symbols last night. 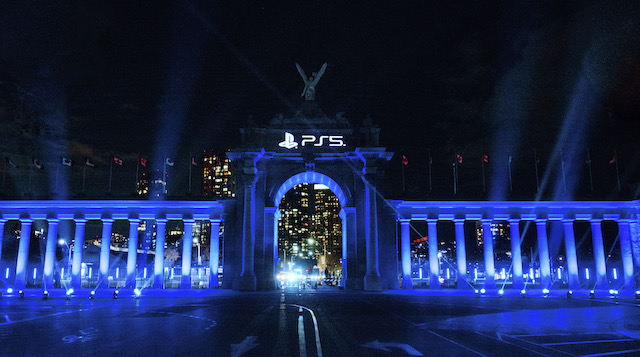 The Princes’ Gate was joined by other iconic buildings and popular sites around the world as part of a massive Global light show.

We’re celebrating the arrival of a new generation of gaming by lighting up monuments around the world.

Check out this video of Princes’ Gate in Toronto last night, with the city skyline in the background. https://t.co/dlzpfEXphQ pic.twitter.com/KK4CfLEtjb

After launching PlayStation 5 pre-orders back in mid-September, Sony has officially launched the sale of its next-generation PS5 console in Canada. Due to COVID-19, however, you can only buy the PlayStation 5 online in Canada.

For the complete list of Canadian retailers where you can buy the PlayStation 5 online, visit this post.