Councillor Jim Karygiannis Takes Fight Against Uber to the Streets

According to a report by The Star, Toronto councillor and the representative for Scarborough-Agincourt Jim Karygiannis, confronted an UberX driver on Friday outside a home in the city’s east-end. He followed a minivan to a house in his ward and told the driver that using the app to pick up fares was illegal. 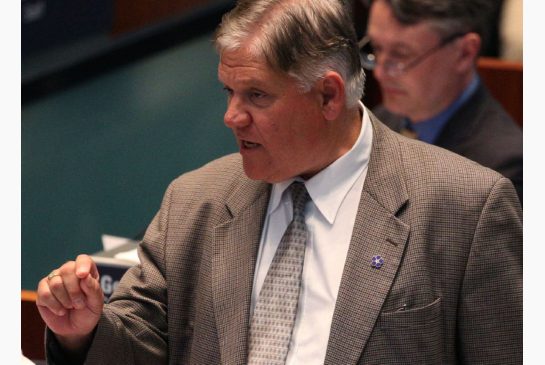 The source points out that according to a letter posted to Karygiannis’ website, the incident started when the councillor was meeting with a group of constituents and the driver pulled up to ask if they had ordered a taxi. The letter is addressed to Police Chief Mark Saunders and includes a picture Karygiannis snapped of the UberX vehicle. It asks the chief to “uphold the law” against UberX drivers, who Karygiannis accuses of “operating without a legitimate taxi permit.”

“We indicated that we had not. He then drove down the street, stopping in front of a home further down the street,” the statement says. “I went to speak to the driver and asked him why he was driving for UberX and was he not aware that UberX was an unlicensed operation and that he was breaking Ontario laws and municipal rules and regulations.”

Lauren Reyes-Grange, who summoned the UberX driver to pick her up from her parents’ home, said she was surprised when she came out of the house and saw a car parked across the driveway, blocking the UberX vehicle in. She described Karygiannis’ demeanor as “very aggressive, very angry”.

Reyes-Grange alleges that when her father told Karygiannis to get off his property, the councillor responded by telling them that Uber drivers do not have insurance to cover their passengers. “I’m just trying to protect you and your family from getting charged”, said Karygiannis. She also told the publication that she plans to file a complaint about the councillor with the city integrity commissioner.