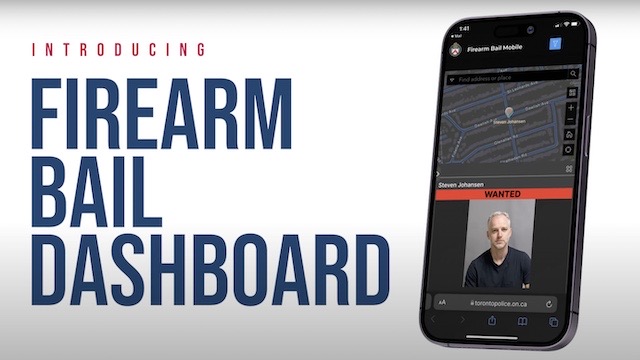 Through the shared Firearm Bail Dashboard, both Services can share and display each other’s bail offender information on internal dashboards.

“This innovative approach, the first of its kind in Canada, will help break down geographic barriers and ultimately lead to an increased officer and community safety,” notes the press release. The data will also give frontline officers access to real-time situational awareness.

To date, there are approximately 1,100 firearm bail offenders displayed on the dashboard, with over 400 bail offenders residing in jurisdictions outside of Toronto.

The capabilities of this application go well beyond bail compliance and have directly assisted in the identification of several violent offenders.

Key benefits of this inter-agency collaboration include:

Check out the following Firearm Bail Dashboard video to find out more.