The Toronto Public Library and Google have announced a new Wi-Fi Hotspot Lending program, where citizens can borrow hotspots for free Internet at home, or no matter where they are in the city:

Just over a year ago Google Canada approached the Toronto Public Library (TPL) with the idea of lending out WiFi hotspots to our users. And today we are officially launching our WiFi hotspot lending pilot program, offering Torontonians free Internet at home.

The slated one-year pilot program looks to offer Internet for those in low-income households, starting at six TPL branches. The hotspots can be borrowed for up to six months at a time, with up to 10GB of data use per month. 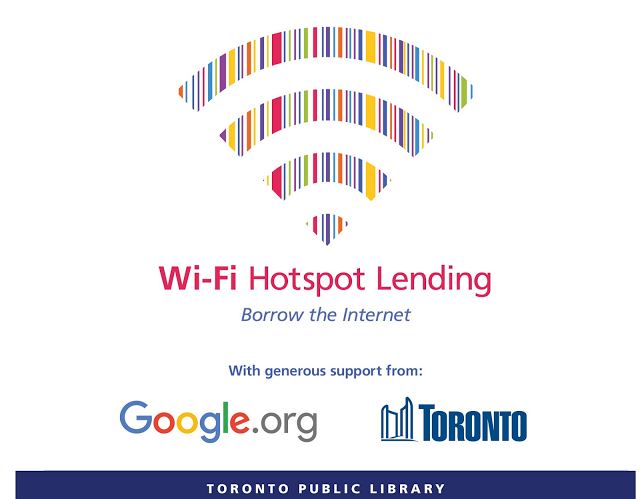 The data limit may be increased, as the TPL says “We’re actively investigating if vendors are willing to provide more flexible data services as this is critical to the program’s long-term success.” Other libraries, such as the Edmonton and Kitchener Public Library, offer unlimited data plans for borrowers.

Vickery Bowles, City Librarian, said in a statement le who can’t afford broadband Internet at home are at a significant disadvantage when it comes to school, looking for jobs or accessing government services and education.”

“We are choosing to invest in people by providing Internet access to neighbourhoods which need it most. The program will give our vulnerable residents the opportunity to look for jobs, do homework or use City services,” said Mayor John Tory.

That’s a wrap. Thanks @googlecanada & @TorontoComms for your support in giving Torontonians free internet at home. pic.twitter.com/hxKV2h3mhZ

Users are asked to attend hotspot orientation sessions on how to operate them, plus how to access TPL eLearning resources and more.

The program is being funded by a grant from Google.org and the City of Toronto.