The Toronto-based Royal Conservatory of Music is busy developing a new app that helps parents get more cognitive benefits out of the songs they sing to babies. The app, due to launch this August, will be called Smart Start reports the Globe and Mail. 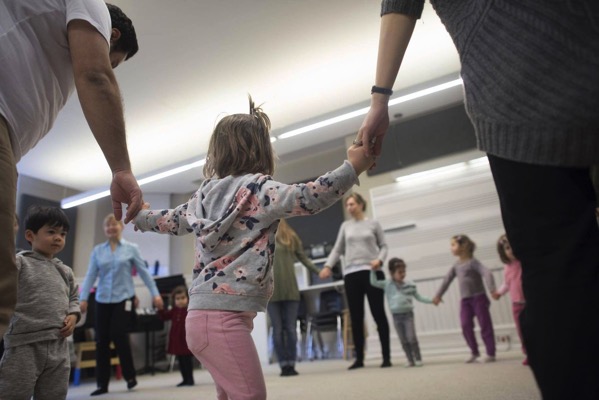 The app is part of the RCM’s digital strategy, which aims to expand access to music to lower-income and remote areas. It is based on interactive music classes the Royal Conservatory began offering in 2015, with a curriculum developed by its Marilyn Thomson Early Childhood Education Centre. During the first year, researchers tracked about 100 participants, and they found that music helped them improve their vocabulary and prereading skills.

“Music is a complicated type of system, with all kinds of cognitive skills, linguistic skills and social cues going into it,” says Hutchins. “It brings together all of that complexity, and the mind tries to make sense of it, like a puzzle.”

The app, which also aims to close the “experience gap” kids coming from lower-income families face, will include 12 songs with simple directions for the parents to sign and teach their children. Since music has been found to promote skills such as memory and perception, “the earlier you get kids in, the better”, Meghan Moore, vice-president of business development at the Royal Conservatory said.

Music is also good for promoting development by creating “surprises” that spark brain activity. A good example used by Moore is when a child is lifted into the air: once the baby knows the song, parents are advised to wait a few beats before doing the lifting to create a sense of delayed gratification.

The app sounds like a must-have for every parent with a toddler. Prepare to reserve some space on your iPhone for the August launch.