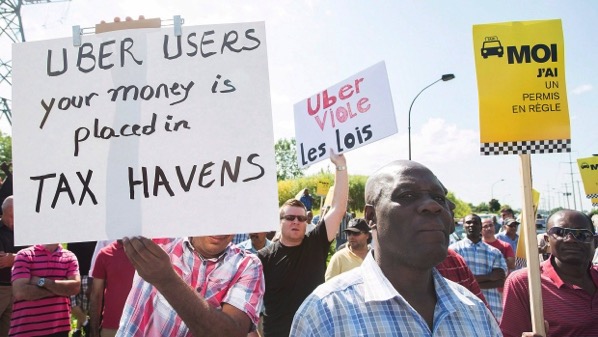 Taxi drivers are planning a protest in downtown Toronto later this month, arguing that the city continues to allow Uber to operate by another set of standards despite new bylaws meant to even the playing field.

At a meeting on Thursday, Paul Sekhon of the United Taxi Workers Association of the GTA said, a representative of Toronto’s taxi drivers, said they plan to engage in some form of job action on August 17 to protest the city’s inability to enforce new bylaws against Uber.

The United Taxi Workers Association has voted unanimously in favour of a job action to protest the city’s lack of enforcement of new bylaws for UberX drivers. In a statement, assistant general manager of City Taxi Toronto Neil Shorey said:

“It’s not like we’re breaking the rules or we’re animals. We might look like we’re aggressive or radical people but we’re actually just standing up for our rights . . . We’re not going to inconvenience the public. We just want our voices heard like any other industry.”

The drivers say that the city is working too slowly to enforce these new bylaws, which came into effect on July 15. The new bylaws require Uber drivers to have the same level of insurance as taxi drivers. Uber drivers must now have a minimum $2 million in liability and must pay the city $0.30 per ride.