Anmol Tukrel, a 17-year-old grade 12 student from Toronto, is hoping to change the lives of visually impaired people around the world with a new app called ‘iDentifi’, that helps them identify objects and text with the quick tap of an iPhone or iPad. According to The Star, Tukrel has always been fascinated with artificial intelligence, and by the time he was in grade 7, he was already teaching himself how to code. 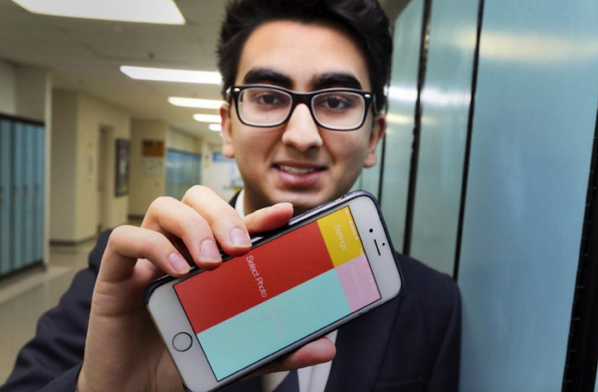 The iDentifi app allows users to take a photo of virtually any object, and then describes that item in great detail back to the user. People can also take photos of text and have it read back to them in one of 27 languages. “I thought I could use computer vision for a more humanitarian use, and help visually impaired people,” Tukrel said. He now hopes to make every day tasks easier for people who are visually impaired with his iOS app, which took him more than a year to develop.

Jason Fayre, the head of accessibility and assistive technology at the Canadian National Institute for the Blind, tested out the app and, although there are similar apps on the market, gave it a rave review. “I’m extremely impressed, especially that it was written by a grade 12 person,” he said. As a blind person himself, Fayre said iDentifi would make his life in easier when trying to identify things in the kitchen.

“If I don’t know what a particular can of something is, being able to take a picture and have that information read back to me in great detail is very useful,” he said.

The app has already been downloaded by several thousand people and is being used in 60 countries. You can grab it using the following link for free.