Determined to help as many people as she could during the snowstorm, a Toronto Uber driver equipped with a large van, snow tires, and time on her hands ended up earning four times more, thanks to the surge pricing throughout the day (via CityNews). 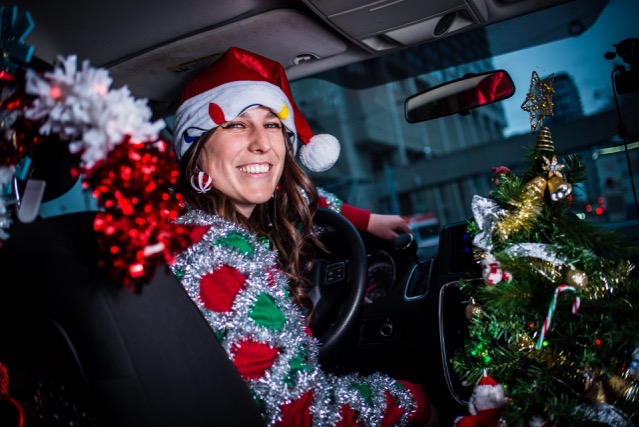 Forest Atkinson, who moved to Toronto from Ottawa in 2020, says she’s well versed in driving through wintery conditions. As her boyfriend is a wheelchair user, she leased a wheelchair-accessible van from Uber and it has been her full-time job for a little over a year.

She also likes to decorate the van from top to bottom with lights and festive baubles for holidays like Christmas, Easter and Halloween.

Atkinson started her day early, dropping a friend from North York to Newmarket at around 6:30 a.m. By the time she got there, the snowstorm had begun and she knew it was going to be a rough day for commuters in the Greater Toronto Area (GTA).

“I just realized how big of a day it was going to be.” she said. “I was determined to pick up everybody that called an Uber that I got.” Atkinson says she drove 300 kilometres for Uber that day.

“That’s just the fares — it doesn’t include the mileage that I drove to get people,” she explained.

On a normal day, Atkinson says she averages about $150 to $200, making her wages about $20 an hour. On Monday, thanks to long fares and hefty surge pricing, she made more than four times that amount.

Food delivery service DoorDash has today announced a major change to the way it charges commissions to Canadian restaurants with a new, tiered model (via BNN Bloomberg). The company says its new tiered commission system will offer restaurants more "flexibility" and help them take advantage of digital growth opportunities. "Part of the thinking ... was to...
Usman Qureshi
15 mins ago

Google today announced its annual Year in Search trends for Canada, revealing what Canadian users searched for most during 2022. Year in Search is Google’s annual analysis of trillions of searches performed globally throughout the year. For the past 22 years, Year in Search has provided a unique look into what we all cared about, what...
Nehal Malik
47 mins ago