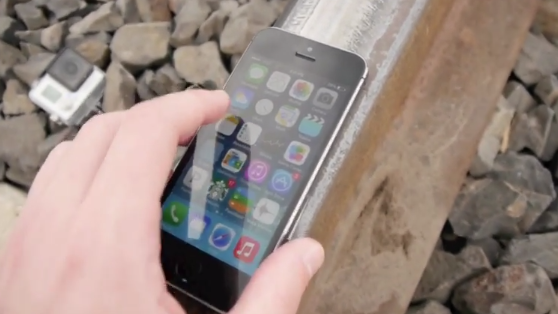 To cap off your week, the latest iPhone 5s torture test making the rounds puts two units against an oncoming train. Of course you know who wins, but here’s the video below, put together by YouTube channel TechRax:

The comments in the video are actually more entertaining than watching the phones get crushed into smithereens. Happy Friday!

Apple has removed the vocals from its "Big and Bigger" advertisement for the iPhone 14 and iPhone 14 Plus (via Reddit). While Apple hasn't said what caused the move, it was likely a result of people mishearing lyrics in Idris Elba's Biggest, the song the spot is set to. In the post-chorus of the song...
Nehal Malik
14 mins ago