The low-power TransferJet dongle works at very close distances of 3 cm or less and supports theoretical transfer speeds of 375 Mbps. The device uses a near proximity transferring technology which allows a 100MB file to be transmitted in only a few seconds. 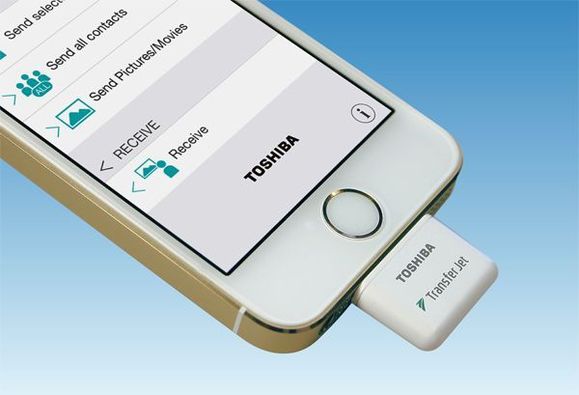 In order to transfer a file, users only need to attach the 24 millimeter-square device to their iOS device and open the TransferJet app. Files can be transferred to another iOS device or other TransferJet-compatible devices like Sony’s CyberShot cameras or VAIO computers.

The Toshiba TransferJet dongle for iOS will be available this spring. The device will begin rolling out in Japan followed by Europe, the Americas, and the rest of the world. A Toshiba spokesperson told Macworld that the dongle will retail for anywhere between $33 to $41.