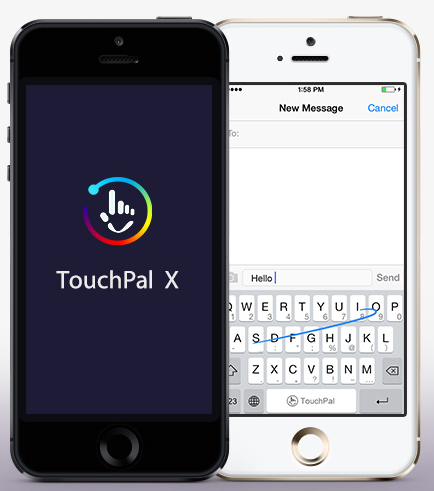 At WWDC 2014 Apple announced iOS 8 would bring system-wide support for third party keyboard such as those from Swype and Swift.

TouchPal is well-known by Android users but now has demonstrated their upcoming ‘TouchPal X’ iOS 8 keyboard (via MacRumors) and what users can expect this fall, as noted in an update to their website:

Yep, it’s real. TouchPal Keyboard is the first third-party keyboard on iOS 8 with sliding input, next word prediction and many other exciting features. As one of the most popular keyboard apps on Android (over 150 million users worldwide), TouchPal will now bring the best typing experience to iOS users. We have successfully run our keyboard on iOS 8, espeically with the exciting gesture input. Slide over letters for words, slide up for numbers and slide down for symbols.

The slide up for numbers and down for gestures is pretty smart.

iOS 8 will also include support for a Braille keyboard for direct 6 dot braille input. Stay tuned for an existing fall release of iOS 8.