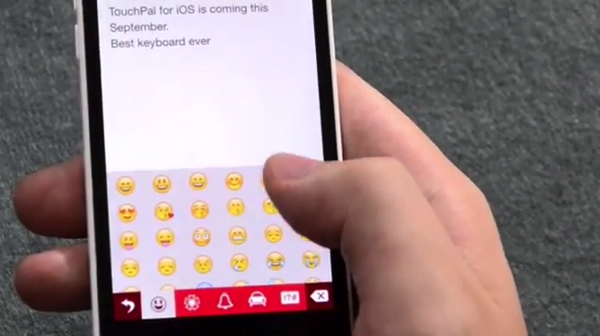 Third party keyboard maker TouchPal previously teased their iOS 8 plans, but now the company has uploaded a new video to their YouTube channel which shares a deeper look at new themes and emoji, which will be included in their keyboard’s debut once it hits the App Store.

New themes and emoji have been added. More functions will be displayed in formal version which will enter App Store this month.

Back in June, the company touted its keyboard as the first iOS 8 keyboard with a unique gesture/sliding input.