With the first blanket of snow in the Ottawa area over the past 24 hours, demand for TouchPlow has gone through the roof, according to chief executive Ken Dale.

TouchPlow offers an iOS app which allows customers to order snow removal services from their iPhone, akin to the ‘Uber’ of plowing services.

Dale told the Ottawa Citizen “It’s gone nuts. Everyone’s calling,” adding “We’ve signed up about 600 new Ottawa people overnight and I think we’ll have over 2,000 users at least by the end of the storm.” The CEO was handing out coffees to roughly 30 drivers clearing driveways and walkways in the Ottawa region. 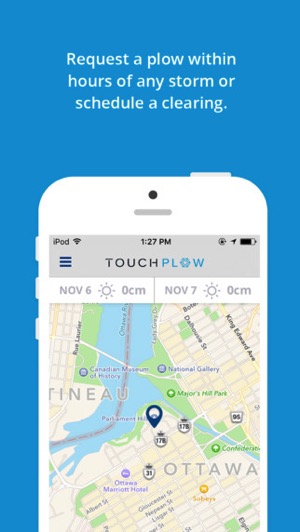 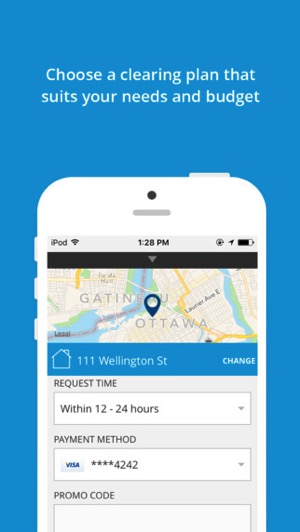 TouchPlow is available nationwide but the company is based in Ottawa. Tuesday saw high demand in Ontario and Winnipeg, with increasing snowfall. The pay-per-use service ranges from $20 to $40 depending on driveway size and no contracts are required.

Users ordering snow removal via the iOS app enter their info, along with their ‘urgency’ level, and independent drivers show up within 1 to 4 hour windows. After drivers finish removing snow, they snap and picture and it’s sent to the customer, who then approves it and pays. The best rated drivers get priority orders.

Click here to download TouchPlow for iOS in the App Store—let us know if you’re going to try this.

Apple has started working on a 20-inch foldable OLED display, supposedly for a future MacBook Pro model, according to a report from The Elec (via MacRumors). This corroborates previous information from display analyst Ross Young, who said back in February that Apple wants to make a 20-inch foldable MacBook. The display is going to be 20.25...
Nehal Malik
21 mins ago