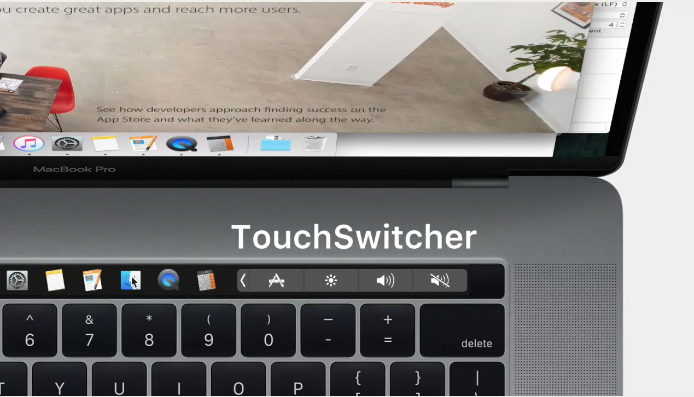 A new app called TouchSwitcher allows you to quickly switch between all of your running apps using the Touch Bar on your new MacBook Pro.

TouchSwitcher adds an icon on the right side of the Touch Bar that brings up a list of currently running apps for quick app switching, similar to the Command + Tab keyboard shortcut.

Of course, there are some inherent downsides to consider when using TouchSwitcher. The main downside is that the app doesn’t persist in the Touch Bar, as noted on the company’s website:

“Apparently only 1 non-system control can be shown in the right strip. Other Apple apps (like Xcode and iTunes) compete for this space too. If they take over, launch TouchSwitcher app again. To quit TouchSwitcher press and hold its icon in the Touch Bar.”

Despite this limitation, the app can be very useful if you have one of the new 2016 MacBook Pros with Touch Bar. TouchSwitcher is available as a free download from the company’s website. Let us know what you think of this Touch Bar-specific app in the comments below.