TP-Link has today announced the launch of its new Deco M5 Whole-Home Wi-Fi System, the company’s first complete and secure mesh networking solution for home, that provides seamless wireless internet coverage and comprehensive security via TP-Link HomeCare. The Deco M5 features built-in antivirus and malware protection powered by Trend Micro, and is available as a three-unit multi-pack through leading retailers for US $299. 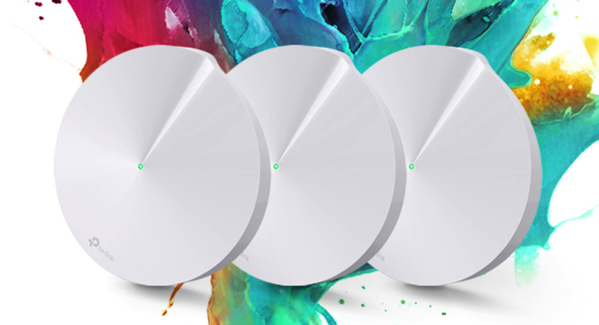 Deco M5 is comprised of a system of three units that can be customized to fit your WI-Fi coverage needs, up to 4,500 square feet. Its dual-band AC1300 system is capable of throughput speeds of 400Mbps on the 2.4GHz band and 867Mbps on the 5GHz band, and it supports MU-MIMO data streaming. With additional units, the Deco M5 system can easily scale up to accommodate even larger spaces. Up to ten Deco M5 units can be added to a single network at any given time

“Today’s consumers want wireless connectivity across their home, from the living room to the bedroom to the kitchen. Deco M5 creates seamless Wi-Fi that allows them to stream, game and browse the internet in any room,” said Lewis Wu, executive vice president of TP-Link USA Corp. “Deco M5 automatically optimizes Wi-Fi connections for every device, and it comes equipped with TP-Link HomeCare, which allows consumers to customize their network security through powerful features that include robust parental controls.”