Global online payments company TransferWise has just announced the launch of its Borderless Account in Canada, offering a new way for businesses and freelancers to manage their money internationally. The fintech company also plans to offer a corresponding debit card in 2018, which will be available for businesses and consumers alike. 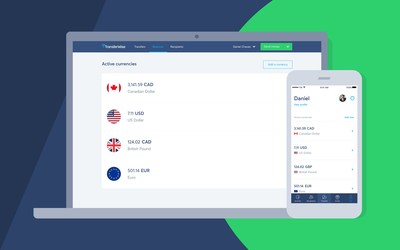 For those who aren’t aware, the TransferWise Borderless account is like having a local bank account in any country, without ever having to set foot there. Businesses and freelancers can get local account details for the US, Europe, the UK, and now for Canada as well. “We built TransferWise out of personal frustration. My bank was screwing me for a long time and now we’ve built a cheaper, easier solution to moving across borders,” says Kristo Kaarmann, CEO and co-founder of TransferWise.

To learn more about the Borderless accounts, visit TransferWise.com/ca/borderless.