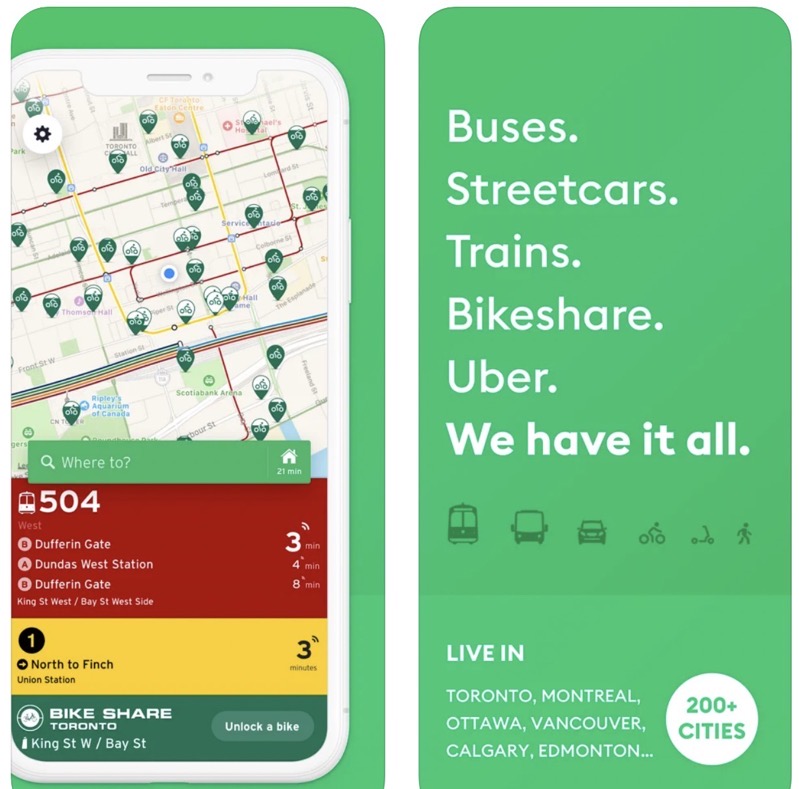 B.C.’s TransLink authority in Metro Vancouver has announced it is offering new features for riders using the Transit mobile app.

The new feature will show riders the estimated number of seats remaining on buses. The Transit app will now show a symbol indicating how many seats are likely on board.

“As our customers continue returning to transit, this new feature will help them confidently know if they’ll get a seat before leaving home,” says TransLink CEO Kevin Quinn, in a statement. “This is one more initiative we are offering to help enhance the customer experience and make transit an even more attractive option.”

As for how these seat predictions work? Bus capacity predictions in the Transit app are based on historical trends and Automated Passenger Counter (APC) data collected from TransLink’s bus network.

There will be three icons to represent seat capacity:

“Our new capacity predictions with TransLink help riders feel confident when they get onboard. This type of information also makes a huge difference if you use a wheelchair, you’re carrying luggage, or you just want to feel more comfortable,” says David Block-Schachter, Chief Business Officer at Transit, in a statement. “The key to this partnership between TransLink and Transit is that both teams are focused on figuring out how technology can improve the everyday rider experience.”

This feature is a result of the 2020 Open Call for Innovation, says TransLink, with the latter’s goal to make transit safer and more comfortable for customers.