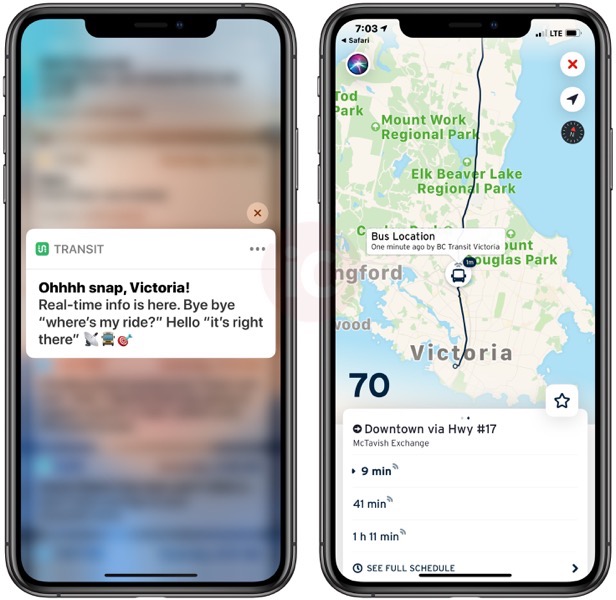 Earlier this year, BC Transit in Victoria, B.C., started final testing in the province’s capital for the NextRide live bus tracking web app.

As of July 25, NextRide launched in Victoria, offering residents real-time bus info for their rides. BC Transit also offers real-time GTFS (General Transit Feed Specification) feeds for third-parties and developers and popular app Transit was quick to implement the data into their app.

The implementation of real-time bus info for Victoria in the Transit app is easier to use than BC Transit’s NextRide web app. When you pick a bus route within Transit, you’ll see your bus location in the app’s map, which says, “Bus Location – one minute ago by BC Transit Victoria.”

You can try out NextRide Victoria here and download the Transit app here.