Translink Next Bus Beta Tracks Your Bus in Real Time

Translink here in Vancouver has added a new feature to its mobile website to track your bus in real time. ‘Next Bus Beta’ requires you to plug in your bus stop number and afterwards you’ll be able to see your bus moving on a map as you refresh the page, with updates every two minutes.

This beta has been in testing since September, utilizing the GPS units in each bus. Not all buses update at the same time since each bus has its own clock.

This comes as a widely applauded new service as the company has allowed its iPhone app to deteriorate. You can check out Next Bus Beta by visiting: http://nb.translink.ca/ 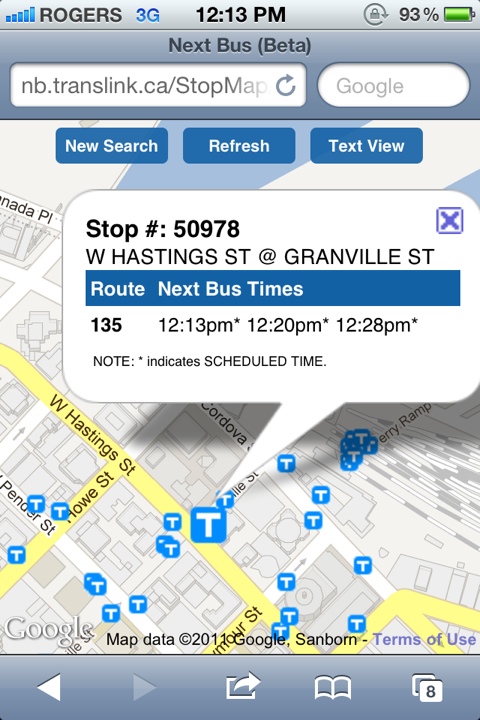 For those back east in Toronto, check out Go Transit launched last week.

Have you been using Next Bus Beta?

[via The Buzzer via @dezumondo]