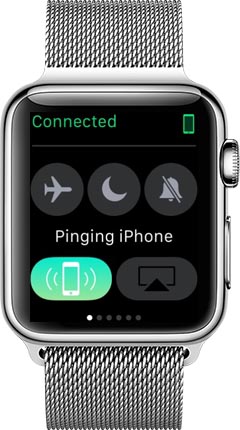 Apple added a bunch of new Apple Watch ads to its YouTube channel yesterday, each of which is 15-seconds in length and highlights a different feature of the smartwatch. As pointed out by Mac Kung Fu (via The Loop), one of the ads features actress and designer Chloë Sevigny who uses her Apple Watch to ping her iPhone, but what she doesn’t show is that one can also add the iPhone’s flash to the equation.

“If you TAP AND HOLD this (ping) icon, rather than just tap, not only will you hear the ping but the iPhone’s camera flash will also illuminate a few times!

Obviously this is most useful if the iPhone has been placed face down (not a bad habit to get into) but in a dark room you should also see the light even if the iPhone is face-up”.

While you try out the neat little trick with your Apple Watch, check out the ad below if you haven’t already:

Apple is currently on track to double iPhone exports from India by March 2023. This pace was first kickstarted in April and is continuing as India proves to be a major asset in Apple's diversification of its supply chain. In the five-month span since April, Apple has gone on to cross the $1 billion mark...
Steve Vegvari
27 mins ago