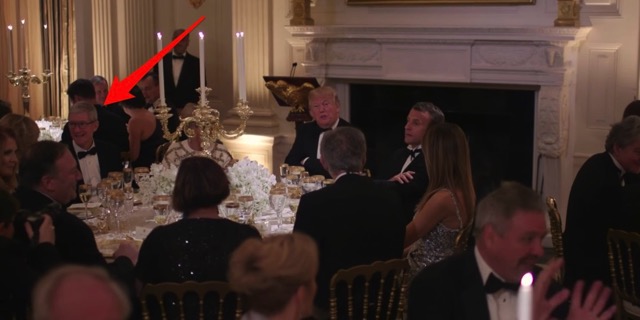 Following Tim Cook’s meeting with President Donald Trump earlier this week, Larry Kudlow, director of the National Economic Council told CNBC News that the Apple CEO “loves the tax cut and tax reform” (via Business Insider). Cook has long been an advocate for a tax system similar to one enacted in December, which will allow Apple to bring repatriate billions of dollars without a major tax hit.

The meeting took place the afternoon after Trump’s first state dinner with French President Emmanuel Macron. “Looking forward to my meeting with Tim Cook of Apple,” Trump tweeted ahead of the meeting on Wednesday. “We will be talking about many things, including how the U.S. has been treated unfairly for many years, by many countries, on trade”.

Below are Kudlow’s full comments:

“Tim Cook was most helpful. I really enjoyed the meeting, I spent a good amount of time with him. And then I came back and we visited POTUS, he has a lot of experience in China, obviously, he was very helpful in making some suggestions.

I might also add, he loves the tax cut and the tax reform. He says it’s great for business, and Apple’s going to be building plants, campuses, adding jobs, lots of business investment. That was the first point he made to President Trump. Anyway, I enjoyed meeting Mr. Cook, it was a great pleasure.”

Apple has not issued any comment on Kudlow’s remarks.