Last week, it was reported that Hon Hai Precision Industry Co, commonly referred to as Foxconn, the leading manufacturer of Apple’s best-selling products, has suffered a 20% drop in its revenue during December due to slowing shipments of Apple’s latest iPhone 6s. Today, another report by The Wall Street Journal is claiming that Taiwan Semiconductor Manufacturing Co. (TSMC), which supplies the chips that run iPhones, is also expecting a revenue drop during first-quarter by over 10%. 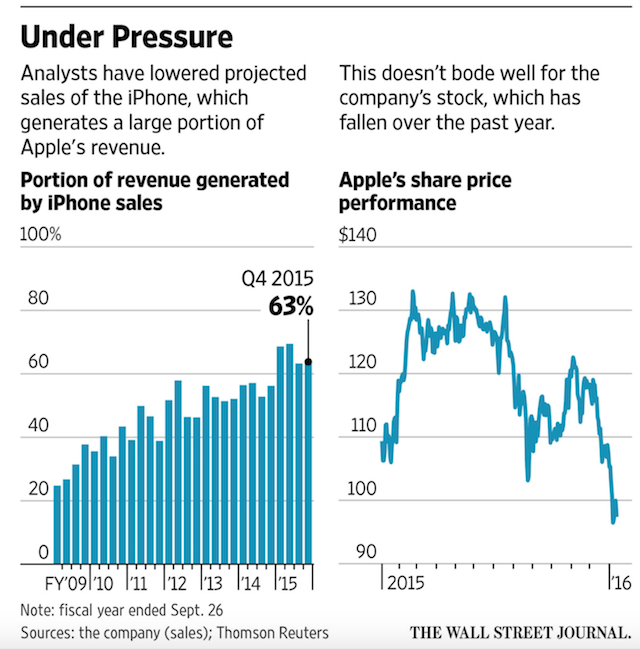 According to Credit Suisse, Apple components contribute 20% of sales for TSMC, the world’s largest contract chip maker. Other Apple supply chain partners are also warning of lower first-half revenue this year. Largan Precision Co., which supplies iPhone camera modules, said it expects “quite a weak” first quarter, while Catcher Technology Co., a maker of iPhone metal casings, said its revenue for the first half would be flat from a year earlier.

“We see a reduction in high-end smartphone demand,” said Mark Liu, one of TSMC’s co-chief executives, at an investor conference on Thursday, without mentioning specific customers. He said China and other emerging markets, however, were showing “signs of recovery” and that TSMC expects to return to growth after the first quarter.

Meanwhile, a spokesman for Pegatron Corp., which also manufactures some iPhones, however said that his company is expecting its smartphone sales to grow for the full year.