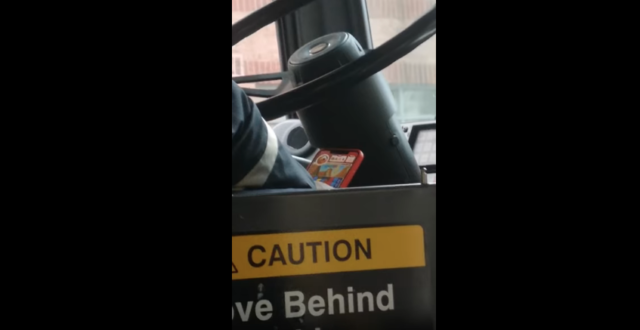 A bus driver in Toronto was caught playing a mobile game as he was driving his route. The TTC driver can be seen interacting with the screen while the vehicle is in motion.

A passenger sitting close to the driver’s chair was able to capture the moment on video. The passenger then uploaded the video to YouTube and sent it to CBC Toronto. Examining the minute-long video, you can clearly see the driver holding and interacting with the game’s screen while the bus is in motion on the road.

While declining to make an official comment, the passenger did state that he was on the Sherbourne Street route at the time of the incident.

Viewers of the video pointed out that the driver was playing a free mobile puzzle game Toon Blast, hence the moment where he was interrupted with an onscreen ad.

The TTC has seen the video and CBC Toronto spoke to a spokesperson from the agency. Through email correspondence, Stuart Green, he told CBC: ”

“We will be taking appropriate action. “Our expectation is that operators drive safely and follow the rules of the road at all times.”

The outcome of this incident has not been solidified as of yet. Whether or not the driver will be suspended or penalized has yet to be decided.