Last fall, the TTC announced it would soon support Apple Pay sometime in 2017, noting there’s still lots of work to be done to implement support for the mobile wallet.

Today, the TTC announced 19 buses went into service today with new PRESTO fare readers, kicking off the debut of the NFC solution. Over the next eight months, these new fare readers will be installed on all 1,900 TTC buses, a rollout from west to east garages. 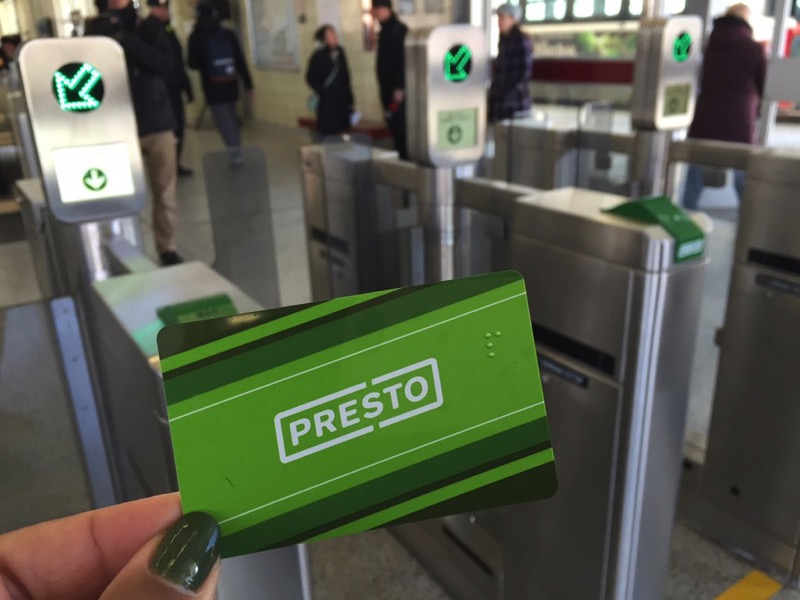 Buses supporting PRESTO will have a prominent sign displayed so customers know they are contactless ready.

In April, the first TTC subway station to get PRESTO fare gates was at Main Street Station, with a new unobstructed path into the station. Below is a time lapse of the installation:

Wellesley Station became the 28th station to get PRESTO today, while construction is underway at Bay, Sherbourne, St Clair, Dufferin, and Dupont stations. Landsdowne, St Clair West, Jane, Old Mill, Royal York, Runnymede and Christie stations are slated to get the new gates next, with work ongoing from May to June.

By the end of 2016, the TTC says all subway stations, buses (including Wheel-Trans) will have PRESTO support. Once a complete rollout of PRESTO is finished across all TTC services, it will be ready to implement Apple Pay.