When you upgrade to iOS 9, one of the first few things you notice is that the keyboard now has all letters in lowercase when you’re typing in lowercase and only become uppercase when Shift or Caps Lock is engaged, as opposed to previous versions where the keys would remain in uppercase all the time. It seems that a number of people, including Daring Fireball’s John Gruber, find this change a but confusing. Luckily, there’s an easy fix for it. 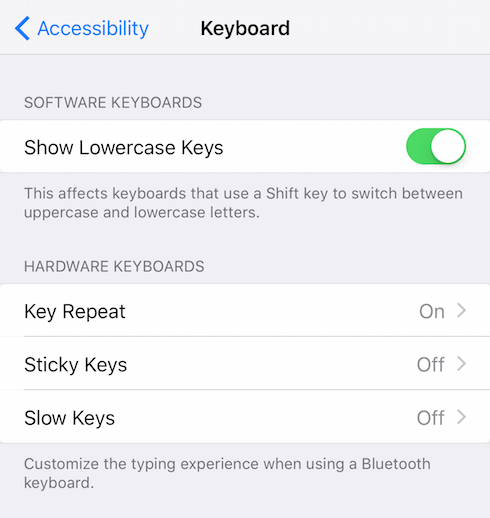 To turn off the lowercase formatting of the iOS 9 keyboard and go back to the way your keyboard was before the update, here’s what you need to do:

Go to Settings on your iPhone or iPad device running iOS 9.