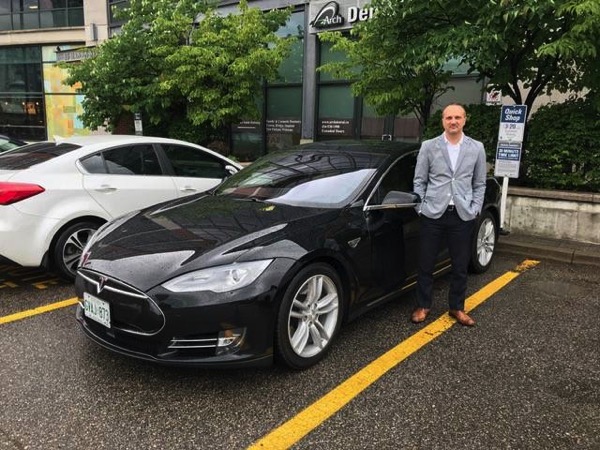 Unlike Uber and Lyft, which let owners earn some money by driving others around, ‘Turo’ is a car-sharing app, not ride-sharing, the allows Canadians to let others sit behind the wheel and make some money off it. With over 180,000 users and 4,500 available cars, Turo is helping a 41-year old Toronto-based sales manager pay off his 2016 Tesla Model S, GlobalNews is reporting.

David Brown has grown used to friends reacting incredulously when he tells them he’s been letting strangers drive around in his 2016 Tesla Model S for about $100 a day. But he has zero regrets, he told Global News.

Turo is very much like Airbnb. Car owners need to snap a picture of their ride and register on the app, setting availability and a daily rental rate. On price, users can let Turo’s algorithm decide based on model, demand and time of the year or pick one themselves. Turo pockets between 15 per cent and 35 per cent of the trip price, depending on the vehicle protection package users choose.

According to Cedric Mathieu, the director of Turo in Canada, Turo vets every traveller and verifies the validity of users’ drivers’ licences, as well as occasionally checks criminal records for users its system flags as potentially high risk.

Car owners also have the choice of telling guests where to pick up the vehicle or delivering it themselves. Renters must be 21 or older and submit a valid driver’s licence. Those under 25 also need to show at least two years of driving history in the U.S. or Canada. As with any rental vehicle, both lessor and renter are supposed to check the vehicle for damages, fuel level and mileage before and after the trip.

Turo is currently the only online marketplace for private car rentals in Canada, though U.S.-based competitor Getaround promises on its website it will also cross the border “soon.”

YouTube is catching up to Twitch and is now offering support for YouTube Emotes. These custom images can be used across the platform while interacting with chat and the comments in a video. Currently, YouTube is supporting a variety of Gaming Emote. In a YouTube Help blog post, a community manager highlights the fact that...
Steve Vegvari
60 mins ago