According to the latest tvOS second beta, you’ll now be able to set your HomePod as a permanent audio out source, as noted by a Reddit user.

What does this mean? If you have your HomePod as your audio output source (in the video and audio settings on Apple TV), when asking Siri something or turning your TV off, it will not disconnect the audio connection. However, if you AirPlay from a different device to your HomePod, it does reset the setting. 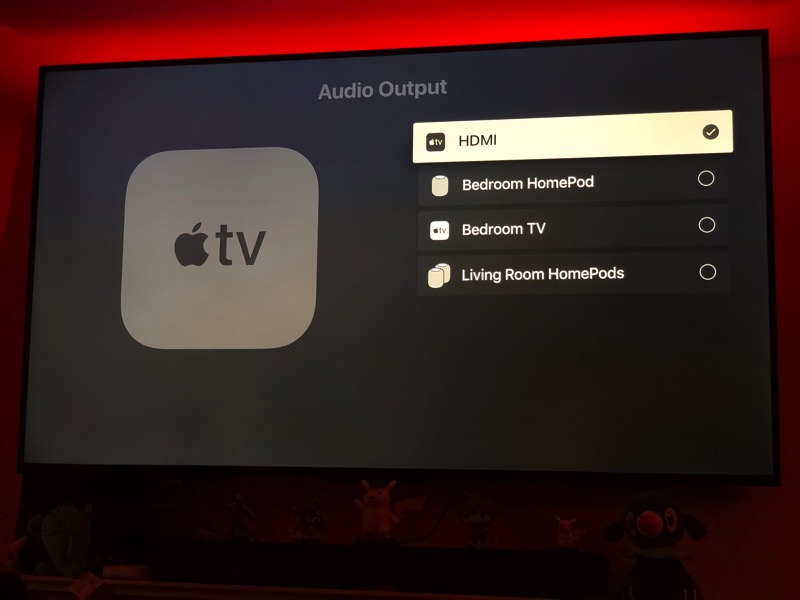 What does the mean? It means you could have a dedicated pair of HomePods for your Apple TV as audio output and not worry about pairing up the connection over and over with AirPlay 2. HomePod’s audio quality is excellent, but a pair would cost over $1,000 after taxes.

With AirPlay 2, you can also set up any AirPlay 2-compatible speakers as a stereo pair for your Apple TV, such as two Sonos Ones for $469, for just slightly more than the cost of a single HomePod.