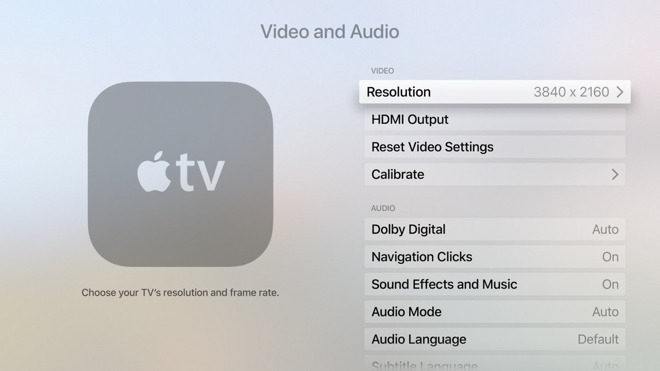 The developer coerced tvOS Simulator into running at twice the standard HD resolution, 3840×2160, more commonly referred to as 4K. A new hardware box has been rumored for later this year, with 4K as a headline addition.

The simple scale doubling is reminiscent of the 2x iOS asset resolution requirement that Apple introduced back in 2010 with the arrival of Retina displays, and comes at a time when Apple is rumored to be readying a new, fifth-generation Apple TV capable of streaming 4K video.

For tvOS app developers, it should be an “easy transition, same as original Retina iPhone,” Troughton-Smith said. The developer noted that “even upscaled images look fine, and especially on a TV screen.”

Apple is widely expected to host a media event for the new 2017 iPhone lineup in early September. The same event could potentially play host to the new Apple TV launch as well.