If you think back years ago, even before the initial release of the iPhone, many teens didn’t own a phone. That was just five to six years ago. The smartphone around that time was just beginning to evolve. With the release of the iPhone, the mobile phone market was supercharged in my opinion, and that’s really when companies such as Android began their journey. But with the smartphone, also came hungry tweens and their texting habits.

At first glance, shortcuts are alright and help these teens stay within their 160 character limit, but studies have shown they are beginning to cause issues academically. The problem has only began to worsen now that children ages 10 to 14 are now receiving their own phones. So researchers at Pennsylvania State University decided to study the ongoing problem to prove texting tweens tend to have worse grammar and language skills than others. 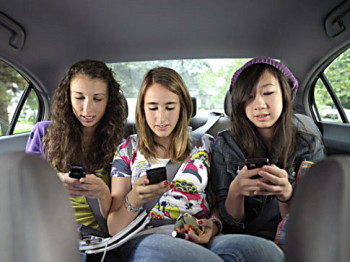 According to Drew Cingel, these teens are adapting to the texting language, and forgetting formal language used in school essays and other school-related papers. Some students would write, “wud” within papers instead of, “would,” notes Cingel.

So in order to find the truth behind texting and its effects on grammar, Cingel gave middle school students in a Pennsylvania school district a grammar assessment test. The same students were also asked details of their daily texting habits.

When the results came in, Cingel noted, “Overall there is evidence of a decline in grammar scores based on the number of adaptations in sent text messages.” So in a nutshell, students who swayed more towards texting abbreviations had more issues with their grammar. But on a good note, students weren’t seen having issues adding capitalization or periods to papers.