Our favourite twitter client Tweetbot 3 for iPhone / iPod touch, which was released by Tapbots last month fully redesigned and revamped for iOS 7, has received its first update in the App Store today, adding a couple of features from the previous version, in addition to some new features, numerous bug fixes and performance improvements. 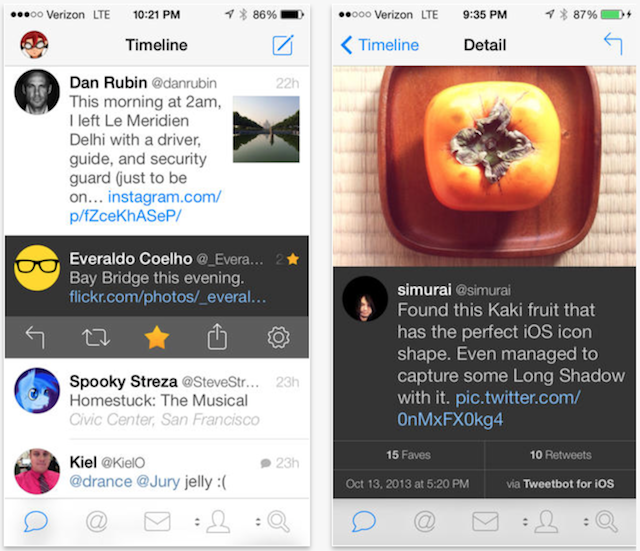 Today’s update takes the Tweetbot for iOS app to version 3.1, that allows users to set a list as their default timeline by holding down on the “Timeline” title to open a list of options. Tweetbot 3 now allows right swipe to initiate a quick reply, a feature that was available in Tweetbot 2, and text can also be resized within the app. The update also adds the option to hide timeline badges and selection of square avatars in Settings > Display as well as support for Storify to share conversations via email.

– Removed “Retweeted by” string so there’s less chance of truncation