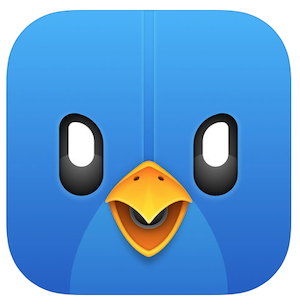 Popular third-party Twitter client for iOS Tweetbot has today been updated to version 5.0 with a refreshed look that closely resembles the latest Mac version, a new Dark Mode, and dedicated GIPHY support, among other new features.

Tweetbot 5 for Twitter, which is now live in the App Store, has also received a new icon to reflect the style of the app’s Mac counterpart. A thicker stroke is now used throughout the app’s iconography which gives the icons a bolder look. 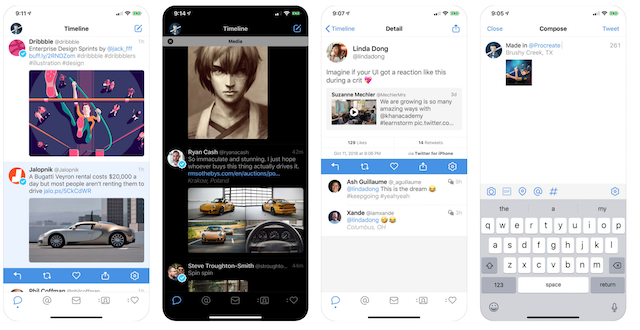 When you open a tweet’s detail view, the app now also indicates whether the person whose tweet you’re viewing follows you. User profiles have also been redesigned with bigger avatars, and there’s there’s a new dark mode throughout the app that has been optimized for OLED iPhones.

In addition to the redesign, Tweetbot 5 can now autoplay GIFs and video. The feature is enabled by default but can be turned off in settings. A new GIF button in the compose view opens a GIPHY search field when tapped, making it easier to add GIFs to tweets.

Here’s a list of what’s new in Tweetbot 5 for iOS:

You can download the latest version of Tweetbot for iOS at the following App Store link.