Twelve South’s new BookArc for MacBook is a vertical stand, that allows you to run a full desktop setup with your Apple notebook–now available in Space Grey. Simply slide your MacBook into the silicone slot, connect it to an external display, add a full-size keyboard and mouse to enjoy the comfort of a desktop setup. It is available in silver and space grey colour options for US $49.95. 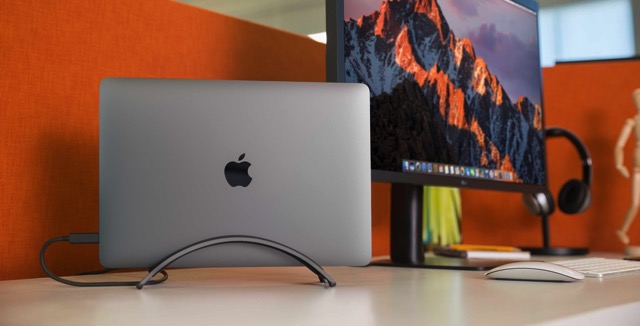 The all-aluminum design of the new BookArc cradles your MacBook in a soft interchangeable silicone insert that is crafted to fit your notebook. The stand features three interchangeable inserts that work with the MacBook Pro with Thunderbolt 3 (USB-C), MacBook (12-inch), MacBook Air and MacBook Pro Retina Display.

Check out the following video showing how you can use the BookArc stand for your MacBook–now in Space Grey: