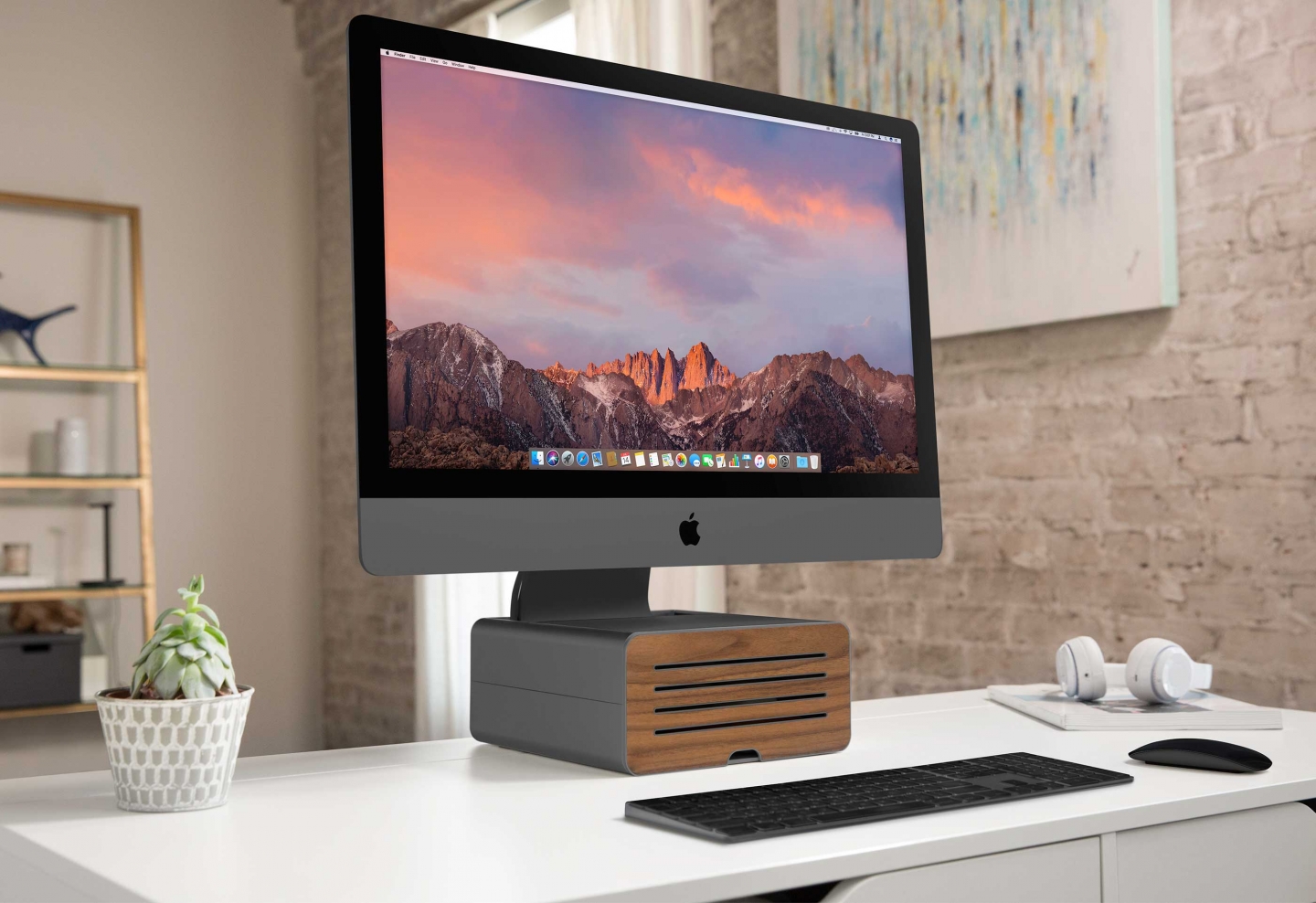 With the HiRise Pro, users can position the vertical height of their displays to help lower the risk of neck strain and without the need for an expensive adjustable desk. The accessory also features a compartment to store peripherals, allowing users to reduce the amount of desk clutter.

Inside the casing are a number of slots in the sides for placing a shelf that the monitor stand rests upon, with the four slot positions raising the display from 0.9 inches at its lowest to 3.54 inches at its highest.

The grille supplied with the HiRise Pro can be used to enclose the unit, hiding stored accessories from view while still providing ventilation, which can be removed using a small thumb notch at the base. 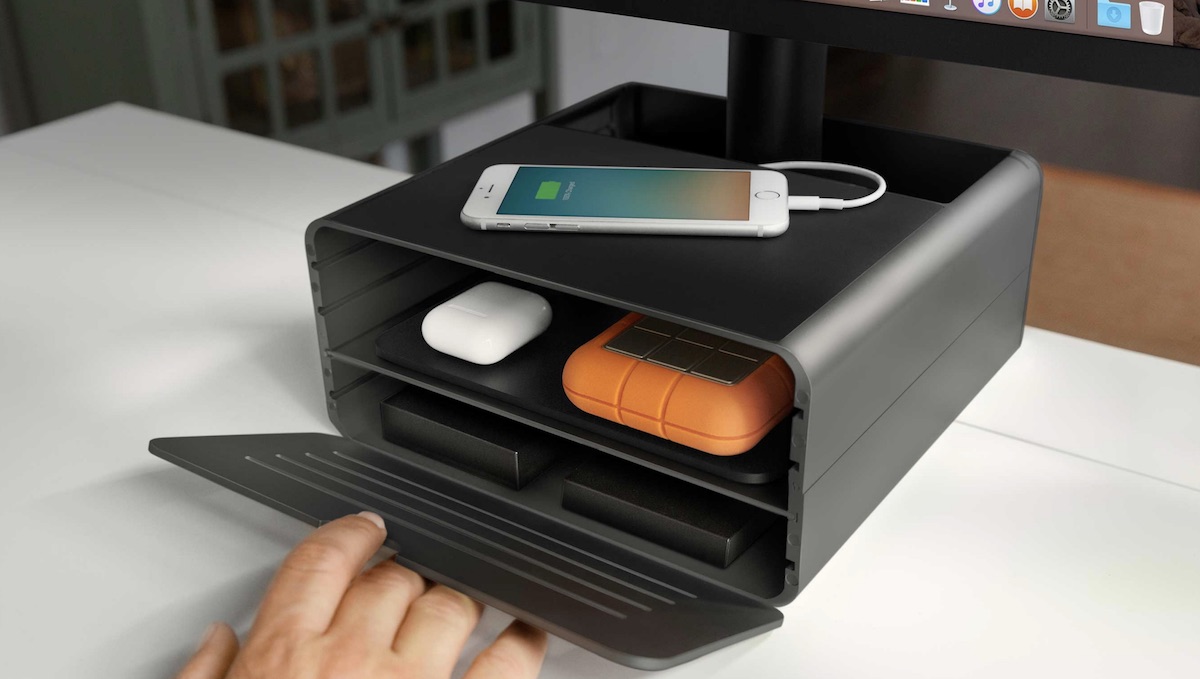 The grille, which is held in place by a magnet, also gives users a choice in styling, with one side matching the gunmetal colouring of the enclosure, while the other features a walnut inlay.

In front of the monitor stand hole on the top is an extra storage area, with a leather valet tray intended as a place to store important items that need to be easily reached, such as an iPhone for charging or a wallet.

Twelve South’s HiRise Pro is available for purchase for $149.99 USD from the company’s website or from Apple’s online store for $179.95 CAD.