The new stand is designed with a shiny chrome finish that complements the design of the computer. The BookArc for Mac Pro allows users to place the device horizontally on their desk, which can help you save space.

“BookArc Pro is a chrome stand made exclusively to cradle Mac Pro. Carved from metal, this elegant throne holds Mac Pro securely on its side to operate horizontally vs. the typical upright position. This trims the Mac Pro’s height requirement in half, giving you more placement options — like a secure equipment rack or a free studio shelf. BookArc also gives your Mac Pro a radically different look that some who “think different” may actually prefer. It’s a space saver that makes Mac Pro look like a jet engine… ready to launch your next Mac Pro-driven project into orbit.

Many studios and editing suites traditionally put their Macs and PCs sideways in gear racks, and now BookArc gives the Mac Pro that same flexibility. Mac Pro on its side requires only 5 rack spaces, compared to 8 spaces when upright (including necessary ventilation). Cabling flows out the back side to side, instead of vertically – making AC power cord isolation easier as well.” 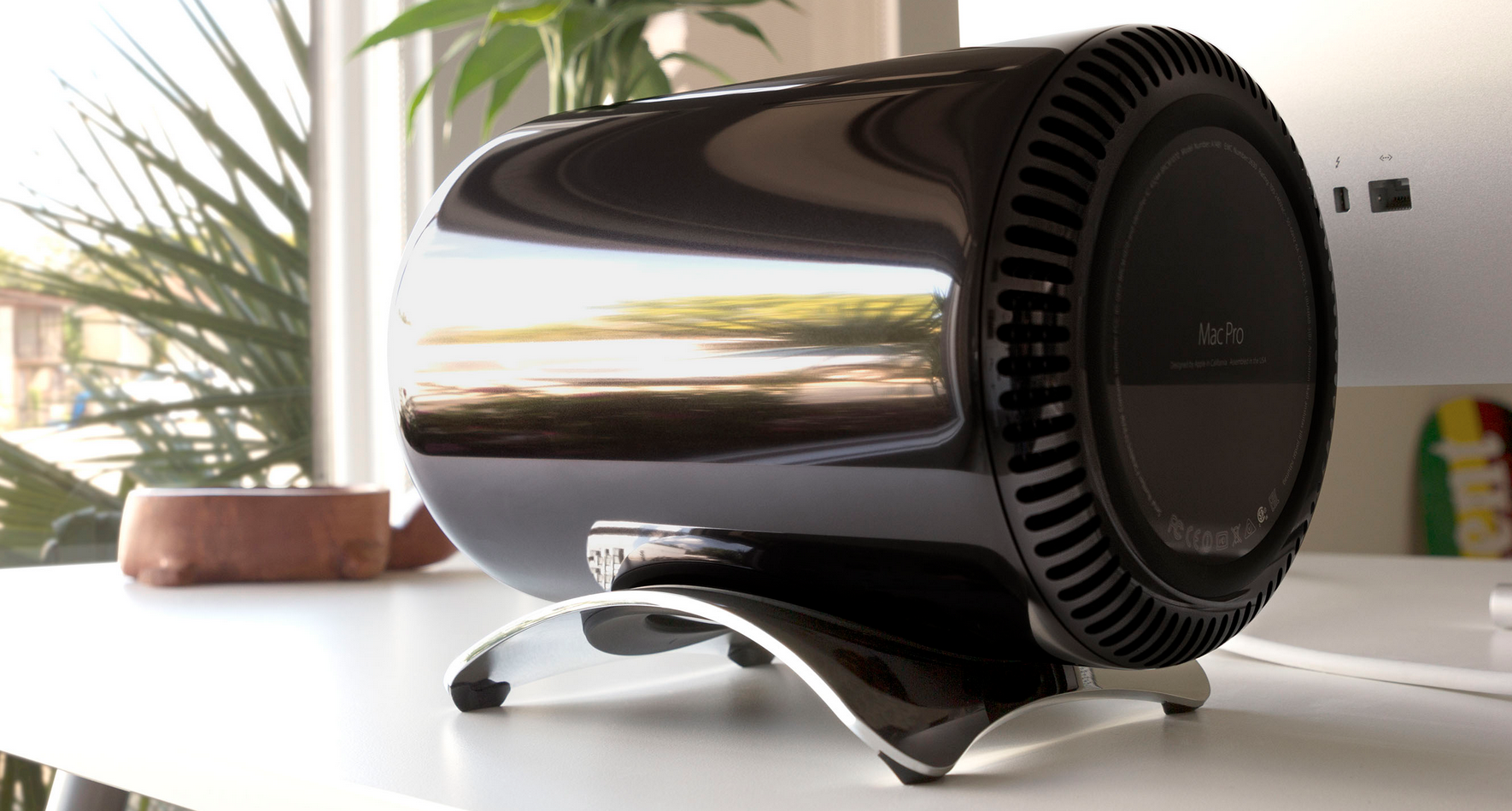 Shortly after Apple launched the Mac Pro at the end of last year, the company approved the use of the device in a horizontal position making it convenient for those who want to rack-mount their computers. Twelve South says storing the Mac Pro on its side takes up significantly less space when storing them in a rack.

Twelve South sells a wide variety of accessories for all of Apple’s products, including products for Macs and iOS devices.

The BookArc for Mac Pro is available for $59.99 from Twelve South’s official website.