Twitter has turned 10 years old, with founder Jack Dorsey creating the idea back in March of 2006. Below was the first tweet sent by Dorsey:

just setting up my twttr 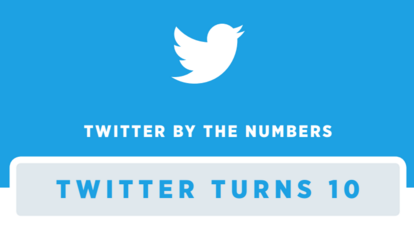 The social network has come a long way and it looks like it’s here to stay. Here are some interesting numbers Twitter shared with us as they celebrate a decade of existence:

As for Canadian specific uses of Twitter, the company shared the following notable accounts and events with us: