The company saw monthly active users hit 336 million, growth of 6% year over year, while daily active users increased by 10% compared to the year ago quarter. 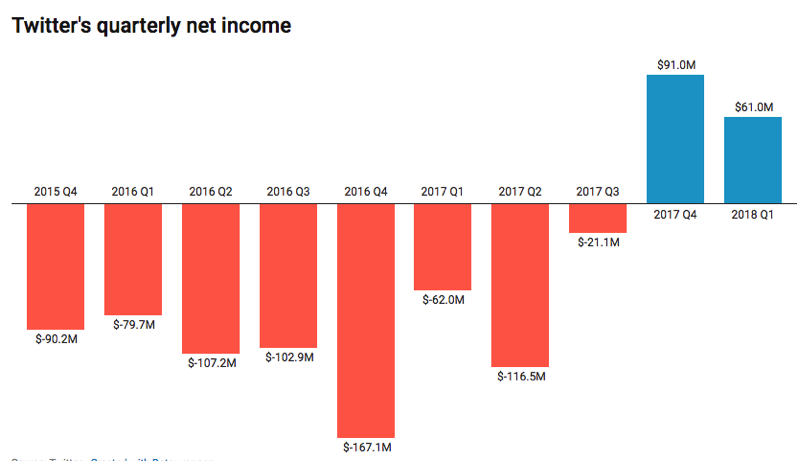 When it came to the Winter Olympics in PyeongChang, this “was a massive topic on Twitter for Canadians with 5.8 Billion Canadian impressions from Olympic Tweets,” according to the company. Twitter Canada tells us Canadian Tweet volume during #PyeongChang2018 was 11% higher than tweet volume during the 2016 Rio Summer Games.

The sprint of 2018 also celebrates Twitter’s fifth anniversary of operating in Canada as a market.