While QR codes were once all the rage, no one considers them the game-changer they once set out to be. However, these scannable codes still have some utility. For example, Snapchat uses them to add other users without having to search. 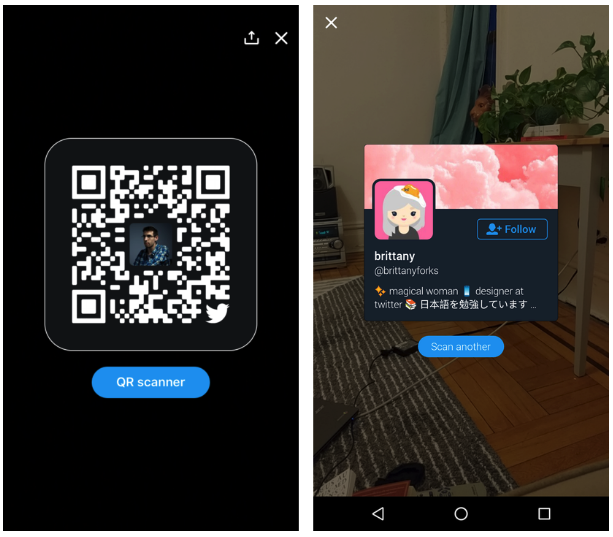 Starting today, select users on Twitter will be able to use QR codes that work in the same way Snapchat’s do. To create the code, just go to your profile and click Settings. After the code has been created you can take a screenshot and share it on other social media platforms, in an email or message, or even printing it on a business card.

The feature also includes an option to scan the QR codes of other Twitter users. In order to access it, just click the QR scanner button under your QR code.

What do you think of this new feature being rolled out by Twitter? Let us know in the comments below.