Last month, Twitter relaunched its reverse-chronological feed option to iOS users with a prominent new toggle that allowed users to make the switch from the default rank-based timeline. Now, the optional feature has been made available to Android users as well in a new app update, as noted by The Verge. 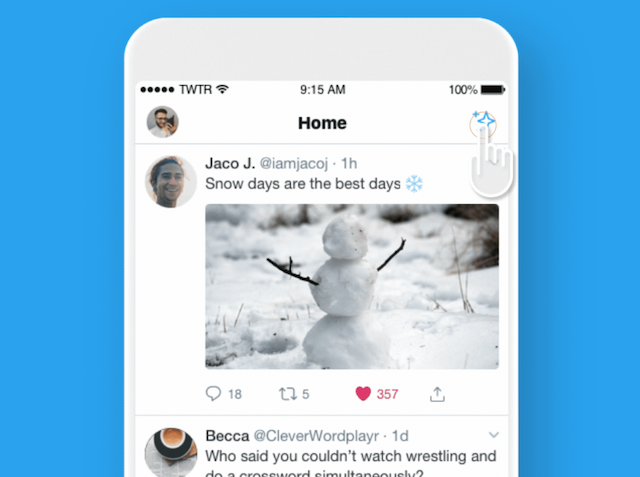 Nearly four years ago, Twitter switched to an algorithm-based timeline as other social networks like Facebook and Instagram were also experimenting with how best to display feeds to users. Bringing back the classic reverse-chronological feed option is certainly a welcome choice as it seems to bring back some stability to the Twitter feed

Android, we got you. Starting today, tap ✨ to switch between latest and top Tweets. pic.twitter.com/7rXo3BNEJ6


Similar to iOS, Android users can switch between seeing top tweets and the latest tweets first by tapping the sparkle icon on the top right corner of the app.

“The feature was long-awaited by users who preferred to use Twitter for its original function of keeping up with live events in real time, like sports and awards ceremonies. It’s still not going to remove the annoying ‘In case you missed it’ tweets, or the occasional notification that lets you know your friends liked a tweet, despite it being from accounts you don’t follow, but it’s at least a start.”

Android users can grab the latest version of Twitter from Google Play.