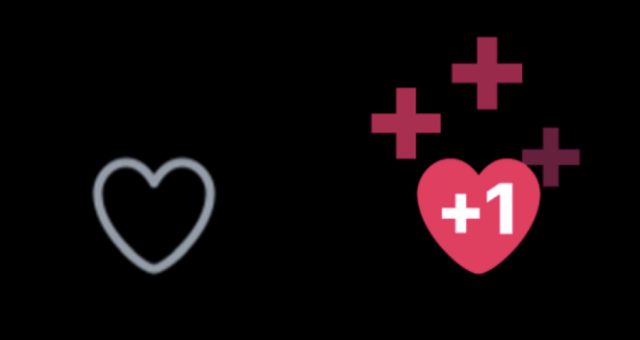 Twitter has added a new animation specifically for the first “Like” on a tweet. Now, users will be shown a flashy animation featuring a ‘+1’ and a few plus signs floating out of the heart symbol.

The social media platform announced the inclusion of the new like animation through the official channel on Twitter. The animation is now available for users to try out on both iOS and Android. To see the effects of the feature, a user merely needs to be first to like a tweet. Following that, the animation will quickly play out.

The reasoning behind the sudden inclusion of this animation is still unclear. Perhaps this was included as a measure to kickstart interactions on newer tweets. Or perhaps it’s a way for Twitter to stand out across other social media platforms that have been using the standard “like” process for so long. Adding an animation adds a little extra for the first people to like a tweet. Alternatively, Twitter could be speaking to the same community that spams “First” on tweets, comments, etc.

At the end of the day, it’s a fun animation to see. Try it out for yourself and start liking those tweets.

Apple Watch Ultra, Apple's most premium smartwatch to date, officially launched on Friday. The new high-end smartwatch targets extreme athletes, and it comes with a choice between three different bands to aid in their adventures: the Alpine Loop, the Trail Loop, and the Ocean Band. Each of the three band types was thoroughly tested and...
Nehal Malik
5 mins ago

According to a report from The Verge's Umar Shakir, a firmware update Apple started rolling out for AirPods Max in May significantly reduces the strength of the premium headphones' Active Noise Cancellation (ANC), according to his observations. Apple's most expensive AirPods have pretty strong ANC. It is (or at least was) strong enough that some people...
Nehal Malik
12 mins ago