Twitter Awards are Coming, Allowing Users to Give and Receive Cash Tips

Twitter is working on a new “Awards” feature that will let users give cash tips to others on the platform, as spotted by software engineer Jane Manchun Wong (@wongmjane), who regularly digs through Twitter’s code for new features.

Users will be able to withdraw the tips they receive, with a minimum of $50 needed to request a withdrawal.

“Looks like Twitter Awards payout will be done in fiat, with the minimum payout threshold of $50,” Wong noted in a Thursday tweet, which included a mock-up of what the Awards interface will possibly look like. 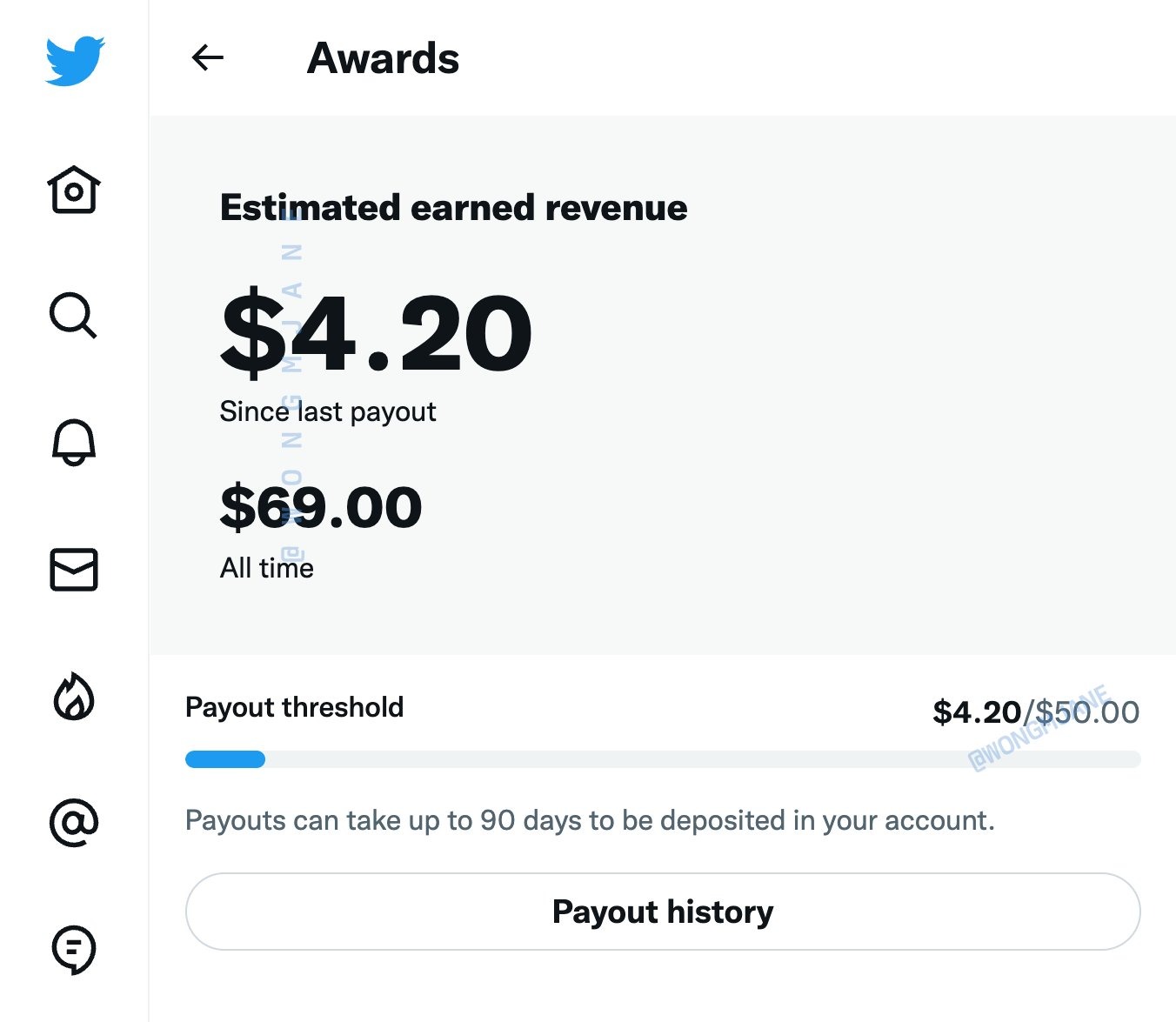 “Payouts can take up to 90 days to be deposited in your account,” Twitter’s Awards interface reads.

It looks like Awards will be paid out in fiat currency, but knowing Twitter’s new owner and CEO Elon Musk, cryptocurrency withdrawals may not be too far off for what he sees as the future “everything app.”

Twitter already lets users add cryptocurrency wallets to their profiles and even use NFTs as profile pictures. What’s more, Musk is an avid supporter of Dogecoin and has collaborated with the team behind the canine-themed cryptocurrency in the past. As such, it’s a good bet that Twitter will eventually tie in Dogecoin or another cryptocurrency to its Awards feature.

Twitter currently also has a Tips feature that lets users link out to select third-party payment services which others can use to send them money off-platform and support them. However, Awards would introduce a tightly integrated, in-house system for tipping.

It looks like Twitter is going for a similar system to Reddit, but the latter uses its implementation of awards exclusively to support the platform. Reddit users can purchase awards and give them to other users’ posts and comments, but the proceeds from awards go entirely to the platform and users who receive awards can’t withdraw their value.

Twitter’s system, meanwhile, appears to be a solution for tipping users with actual money. Of course, it’s possible that the company will take a cut of awards transactions.

Let us know what you think about Twitter’s upcoming Awards feature in the comments below.