Twitter Launches ‘Bookmarks’ Feature to Save Tweets for Later

If you’ve always wanted to save tweets for later, you now can, as Twitter has launched a feature called Bookmarks today, allowing users to easily save favourite tweets privately.

To bookmark a Tweet, tap the share icon under the Tweet and select, “Add Tweet to Bookmarks”. To find it later, tap “Bookmarks” from your profile icon menu. You can remove Tweets from your Bookmarks at any time. Also, only you can see what you’ve bookmarked. Learn more about how to bookmark in our Help Center.

As per the screenshots below, just tap the ‘share’ icon, and you’ll see an option to save to Bookmarks: 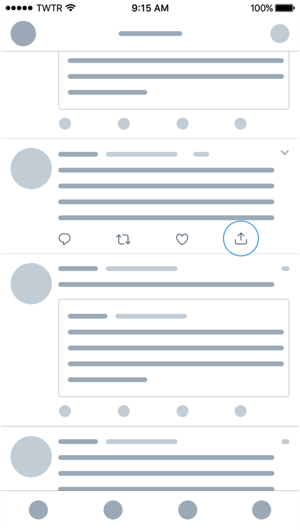 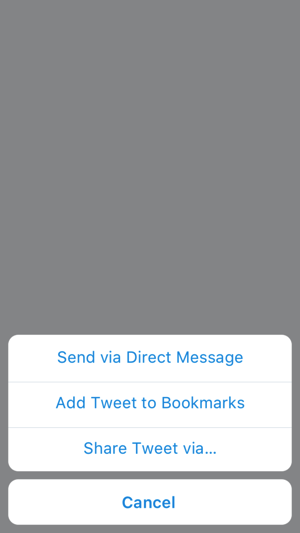 “One of the fun aspects of Twitter is that platform updates are often made in response to user feedback; that definitely was a factor here,” says Leanne Gibson, acting managing director, Twitter Canada, in a statement to iPhone in Canada. “The ability to save and share Tweets has evolved in recent years and these latest updates will help users enjoy and engage the best Twitter content, when and how the choose. As always, we’re excited to see how Canadians adopt these new features and see how they enhance the Twitter experience overall.”

Twitter’s new Bookmarks features is now available globally on Twitter for iOS and Android, Twitter Lite, and mobile.twitter.com. As for Twitter for Mac, that app is set to shut down soon.