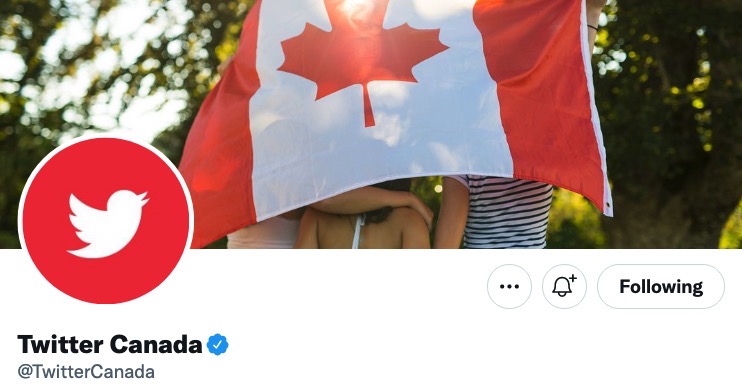 Twitter Canada has revealed its top trends and insights for 2021, saying it “truly was a year with something for everyone!”.

The most retweeted Tweet by Canadians in 2021 was from the Bell Let’s Talk campaign, seen below:

Today, every view of this video helps create positive change. All you need to do is watch it and Bell will donate 5¢ more to Canadian mental health initiatives. Retweet to help spread the word! #BellLetsTalk pic.twitter.com/hK1p4cJAYM

The most liked Tweet by Canadians in 2021 was when Joe Biden became the President of the United States.

It’s a new day in America.

Below are the Twitter accounts, hashtags and emojis that had the most Canadian mentions on Twitter in 2021. According to Twitter, these from today are based on total Tweets sent between January 1, 2021 and November 15, 2021.

Below are the Canadian athlete and team accounts with the most mentions in 2021, according to Twitter Canada.

“For the third time in six years, an NBA pro was the Canadian athlete with the most global account mentions on Twitter. Denver Nuggets superstar Jamal Murray (@BeMore27) took home that hardware in 2021,” detailed Twitter.

Teenage tennis sensation Leylah Fernandez (@LeylahFernandez) generated more mentions during her U.S. Open run on Twitter than any NFL athlete during the opening weekend of the season, explained the social network.

The Montreal Canadiens were mentioned the most on Twitter out of all Canadian NHL teams, thanks to their run to the Stanley Cup Finals. The hashtag #GoHabsGo was the most used by Canadians on Twitter in 2021.

Twitter has also revealed Canadian actor and musician accounts with the most mentions in 2021.

It wasn’t unexpected to see Squid Game as the TV program with the most Twitter mentions by Canadians in 2021, but the final season of Kim’s Convenience (@KimsConvenience) “was arguably the biggest Canadian TV moment of the year on Twitter,” says the social network.

Justin Bieber was the most popular musician in the country for the 4th time in six years. Go #TimBiebs!