Twitter and the NBA, along with broadcast network TNT have teamed up for a custom emoji campaign, just in time for this weekend’s NBA All-Star Weekend in Toronto.

For all 24 NBA All-Stars, Twitter has created hashtags which will automatically turn into a custom emoji. Below are images and the hashtags to use for the East and West teams, followed by special emojis for the TNT broadcast panel: 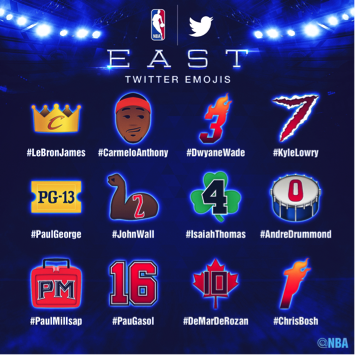 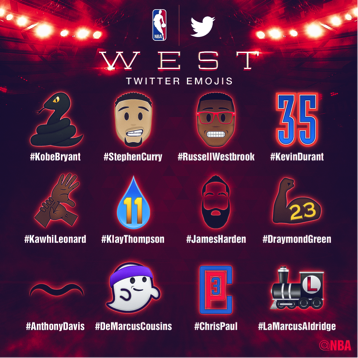 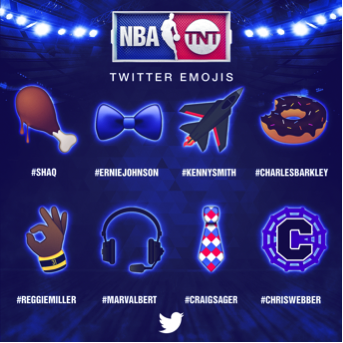 Check out the #NBAAllStarTO @twitter emojis! Just use your favorite All-Star's #FirstNameLastName in a twee… https://t.co/1NULN0iv5S

As for the All-Star MVP Award, users will be able to vote for the first time exclusively on Twitter. During a 30-minute window in the fourth quarter of Sunday’s All-Star game, fans can register their MVP votes by tweeting #KiaAllStarMVP and the #firstnamelastname of the player in the same tweet. Retweets will count up to 100 times and fan votes will be credited for 25% of the overall vote.