Citing two people familiar with the matter, Bloomberg is reporting that Facebook and Twitter want online rights to video clips and highlights from next year’s soccer World Cup. The social networking giants have reportedly offered tens of millions of dollars to 21st Century Fox for rights to highlights from the Russia-hosted games that air in the U.S., although specific terms have not yet been revealed. 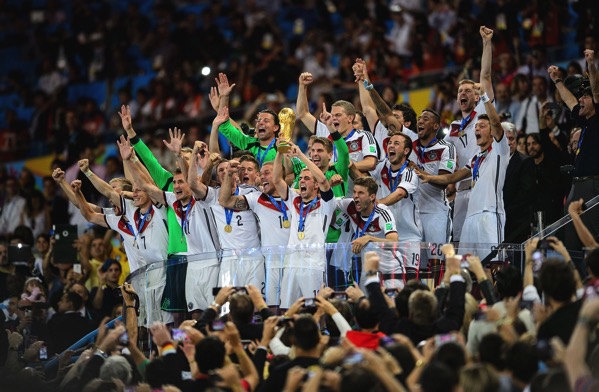 The publication notes that Fox, which holds U.S. rights to soccer’s most popular tournament and will air games on broadcast and cable TV, has not yet decided whether to sell exclusive rights to one buyer or to spread them around. Nonetheless, this should give Fox a significant new revenue source for the games as well as a tool to promote its coverage. Fox itself is said to have paid $400 million for World Cup broadcast rights.

Fox Sports, which acquired the rights to the 2018 World Cup six years ago, has all but abandoned traditional news and highlights programming in favor of talk shows hosted by opinionated analysts.

Fox will retain rights to use highlights on its various shows, according to the people, and count on Facebook, Snap and Twitter to entice more casual sports fans to show an interest in the tournament. The companies could also produce highlight shows and other original commentary programs to complement the highlights.

Facebook surpassed Fox in annual sales last year and is expected to increase revenue 39% to $38.5 billion this year.