On Friday, Twitter released an update to its iOS app with native support for in-app Peek and Pop 3D Touch gestures. 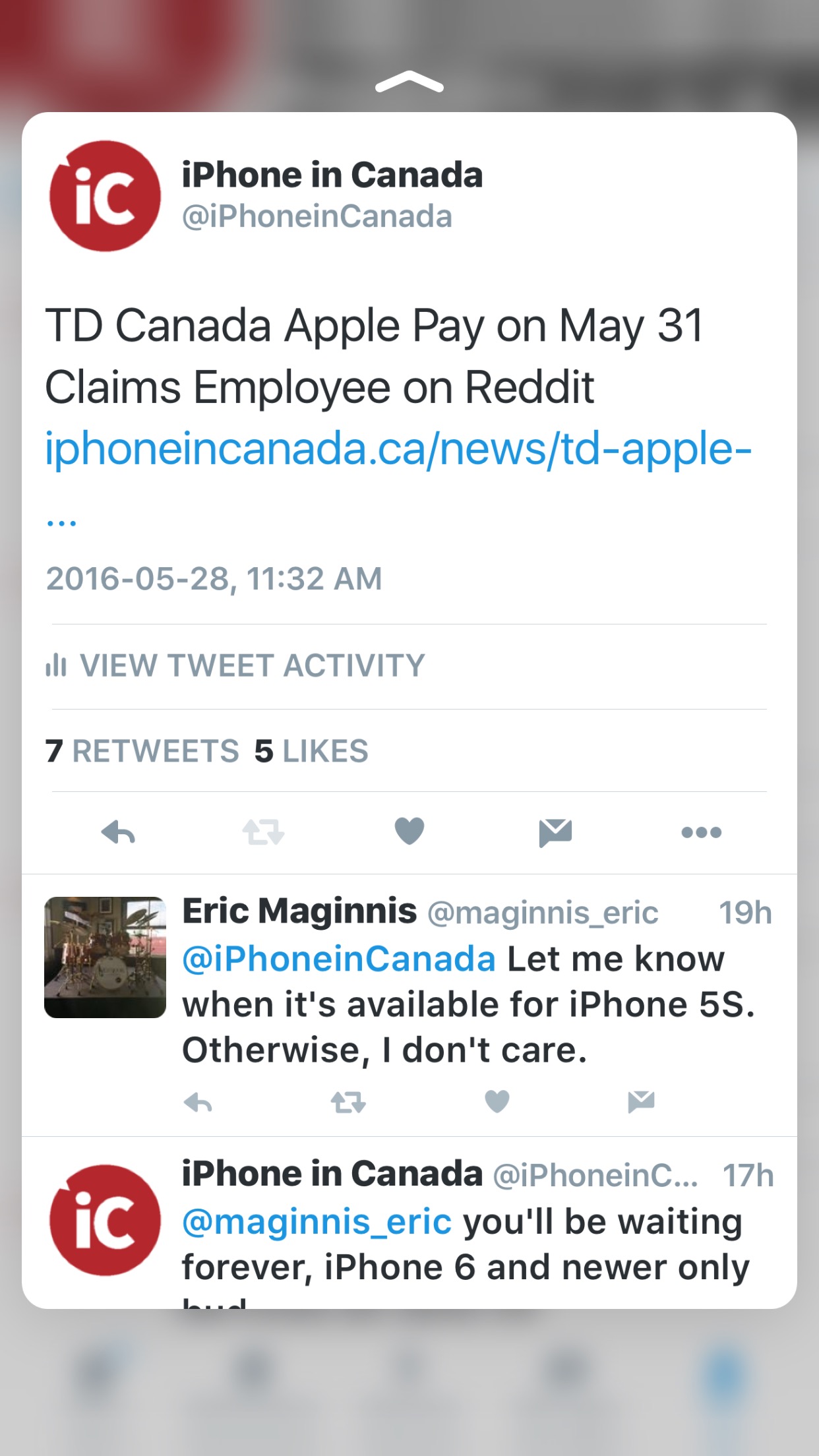 Pressing down on iPhone’s display invokes a peek event, while a deeper press pops selected media into an associated app, like Safari or YouTube.

In peek mode, users can swipe up to access additional functions including mute and block user, report tweet and options for sharing via Twitter direct message or iOS Share Sheets. The same gesture works on pictures and other embedded media, but is limited to sharing operations.

Twitter for iOS is available as a free download from the App Store. The app requires any device running iOS 8.0 or later.