Twitter for Mac 3 is out on the Mac App Store with a new design and plenty of new features. The update comes shortly after the Twitter iOS app was updated earlier this week.

Twitter for Mac now has built in support for viewing photo previews inline with your timeline. Clicking the preview will now display the image at its full resolution. In addition, your profile will now show your header photo and the whole design of the app has been refreshed to make it easier to use. 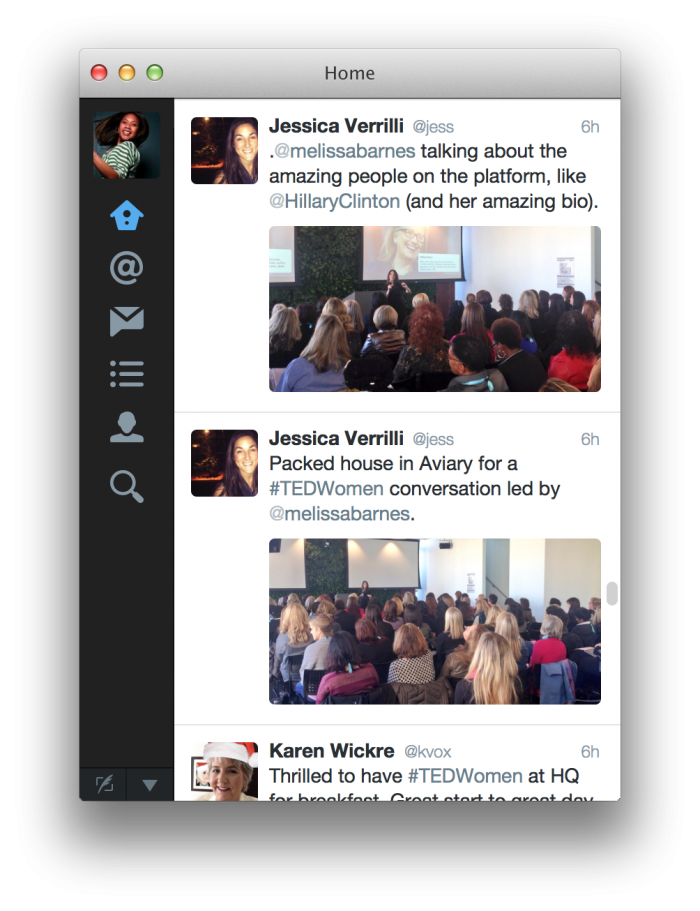 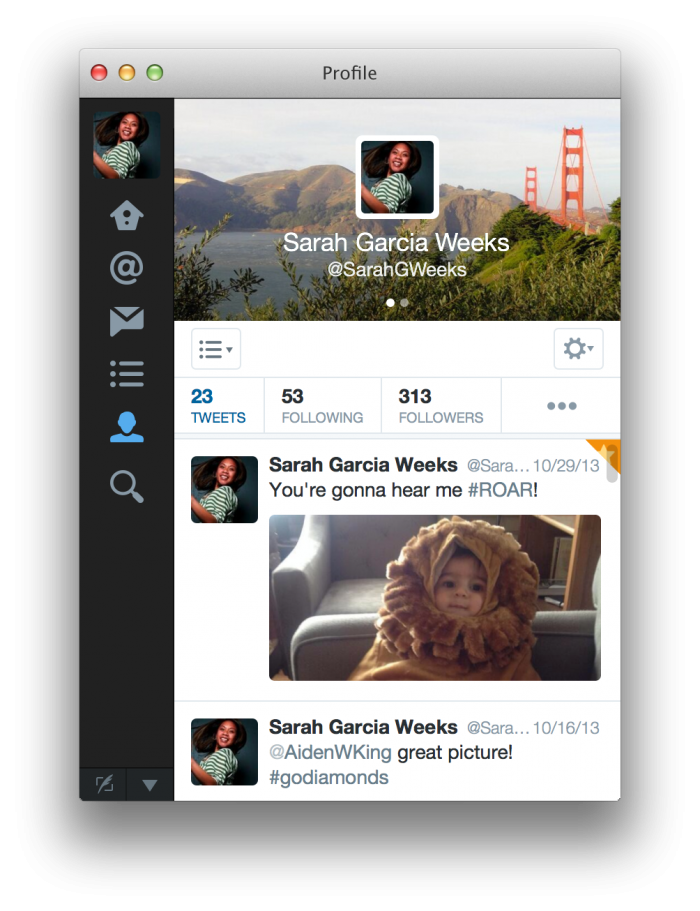 This release comes with a number of enhancements and changes.

• Previews of Twitter photos will be front and center in Tweets. To see more of the photo, just click. If you want to disable previews, just go to preferences and uncheck “image previews.”

Get more from Tweets

• Check out the tweet detail pane to see the conversation around a tweet as well as favorite and retweet counts.

• Profiles now show header photos to display the unique personality of every user. Learn more about them by seeing who they follow and are followed by, their lists, and their custom timelines.

• We’ve refreshed the overall look and feel of the app.

Twitter for Mac 3 is available for free on the Mac App Store.